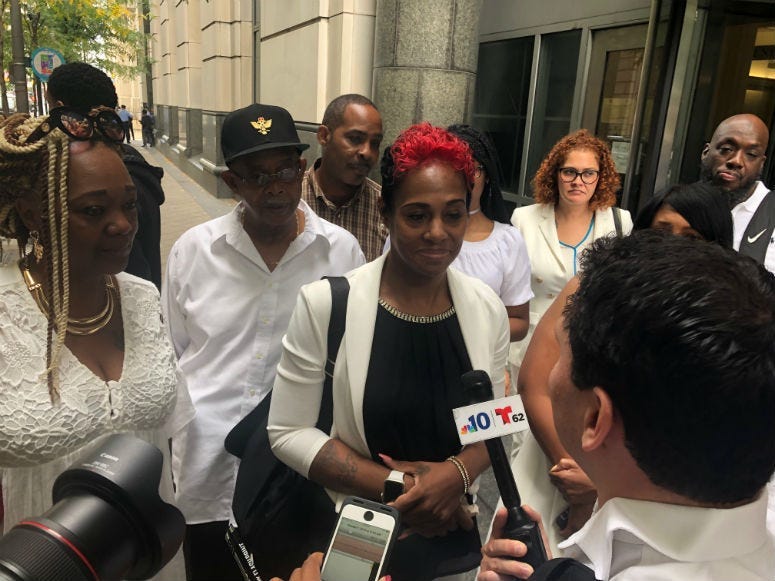 PHILADELPHIA (KYW Newsradio) — A Philadelphia man who has maintained his innocence in connection with a decades old murder case had hoped he would be freed Tuesday, but he'll have another week to learn his fate. The district attorney filed documents requesting that he be freed.

Willie Veasy has been in prison since 1992 and everyday since, he has declared he was innocent and has nothing to do with a North Philadelphia robbery and double shooting that resulted in the death of John Lewis.

In fact, at trial, Veasy's attorney submitted evidence that he was working as a dishwasher miles away from the murder scene. But a jury convicted Veasy after four days of deliberation based on the testimony of a single witness and a confession, prosecutors later learned, that had been coerced by homicide detectives.

"The Commonwealth agrees that he is likely innocent and the confession is likely not reliable," said Patricia Cummings, supervisor of the Conviction Integrity Unit for the Philadelphia District Attorney's Office.

"If that is done, we will follow that with a request that the case be nolle prossed so Mr. Veasy will be set free," said Cummings.

According to prosecutors, facts in the confession were inconsistent with other accounts of the crime. The documents state that, at the time of the trial, the detectives had engaged in coercive tactics in at least two other homicide cases and that information was not provided to defense counsel.

Notably, rouge detectives were involved in other cases of exonerated men, including the case of Anthony Wright and Jimmy Dennis.  Judge Tucker told the parties he needed time to review the materials, which he received minutes before the hearing began. He scheduled a new hearing for Oct. 9th.

"I was expecting him to walk out today, but I understand the judge had to make a decision," said Ketra Veasy, Willie's sister. She sat in the courtroom wearing white alongside family and supporters.

She waved hello to her brother, feeling his pain when he was sent back to prison.

#KYWCommunityNews story for today - #WillieVeasy could soon be set free. He’s spent 27 yrs in prison for murder, he claims #innocence. Today the @philadao asked judge to vacate conviction. I’ll explain why- and impact on other cases at 5 on @KYWNewsradio #WrongfulConviction pic.twitter.com/AZd99oMDDB

Both Wright and Dennis, as well as Shaurn Thomas, who was exonerated a couple of years ago, were in the courtroom to support Veasy on Tuesday. All of the men also wore white.

"We are going to show up and wear all white to send a message, a positive message, to let the judge know that we support his innocence," said Dennis.

"He was at work with me when he was accused of this crime," he said. "We have waited 27 years for (him to get his freedom). Hopefully it will come to fruition."

It could lead to others gaining their freedom as well.

According to the DA's filings, the Conviction Integrity Unit is reviewing a number of case files related to detectives Worrell and Devlin.

Veasy is represented by the Innocence Project of Pennsylvania.