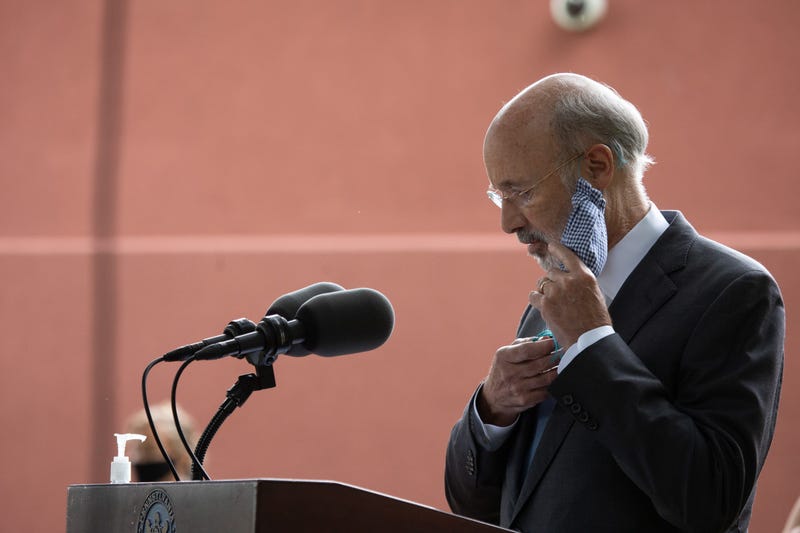 PHILADELPHIA (KYW Newsradio) — A federal judge has ruled some of the Wolf administration’s COVID-19 restrictions enacted at the height of the coronavirus pandemic are now unconstitutional.

The restrictions were taken with the good intention of addressing a public health emergency, the opinion notes, but it says even in an emergency, the authority of government is not unfettered.

The Wolf administration argued, in part, that the emergency nature of the restrictions falls under the broad state police power in reacting to emergencies relating to public health.

However, the four western Pennsylvanian counties that filed the suit — Butler, Greene, Fayette and Washington — argued specific limits on the sizes of gatherings violate the First Amendment. And, closing non-essential businesses and requiring Pennsylvanians to stay home violate the 14th Amendment.

Gov. Tom Wolf first ordered all non-life-sustaining businesses in Pennsylvania to close in mid-March, followed by a stay-at-home order for several southeastern counties. The entire state was ordered to stay home shortly thereafter.

According to Judge William Stickman IV — who was appointed by President Donald Trump last year — what were initially billed as temporary measures to flatten the curve and protect hospital capacity have become open-ended and ongoing, aimed at stopping the spread and preventing new cases.

It declares the restrictions unconstitutional, saying, “The Constitution cannot accept the concept of a ‘new normal’ where the basic liberties of the people can be subordinated to open-ended emergency mitigation measures.”

In a statement, Wolf’s spokesperson Lyndsay Kensinger said the administration is disappointed, and it will seek to suspend the decision and appeal. The statement reads:

“The actions taken by the administration were mirrored by governors across the country and saved, and continue to save lives in the absence of federal action. This decision is especially worrying as Pennsylvania and the rest of the country are likely to face a challenging time with the possible resurgence of COVID-19 and the flu in the fall and winter.

“Today’s court ruling is limited to the business closure order and the stay-at-home orders issued in March and were later suspended, as well as the indoor and outdoor gathering limitations. This ruling does not impact any of the other mitigation orders currently in place including, but not limited to the targeted mitigation orders announced in July, mandatory telework, mandatory mask order, worker safety order, and the building safety order.”