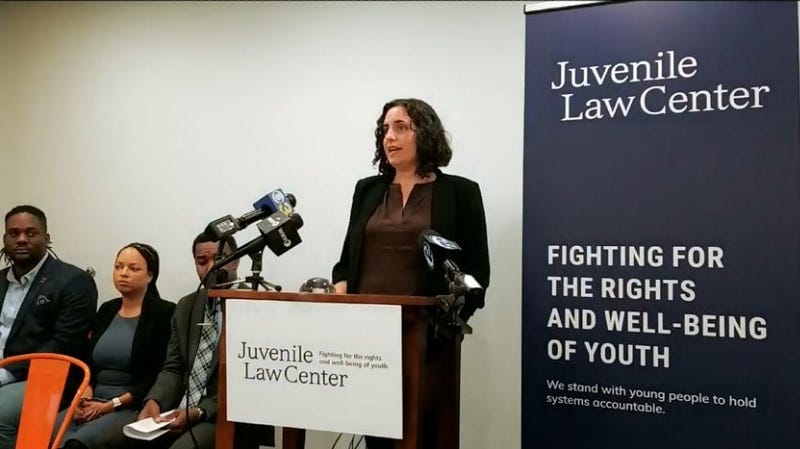 PHILADELPHIA (KYW Newsradio) — The Juvenile Law Center released a report Friday that brings children into the conversation of criminal justice reform, and they want state leaders to know juvenile facilities do more harm than good.

"Today we call upon the state to dramatically reduce our reliance on placement and to prioritize serving young people in their homes and communities," said Jessica Feierman of the Juvenile Law Center.

Feierman is one of the authors of the report, which comes six months after the state closed the Glen Mills Schools because of years of hidden abuse. It also comes three months after Gov. Tom Wolf signed an executive order authorizing a probe into juvenile centers and to find solutions.

"Most people don't see how our youth are treated when they are sent far away from home," said Ellen Sadler, a senior attorney at the Defender Association of Philadelphia.

She and others told stories of youth in detention being fed on the floor and being attacked by staff, and young people thrown in prison for attacks that did not happen. Millions are spent on methods that traumatize children.

Recommendations for reform include prohibiting placement for non-violent offenders and technical probation violators, addressing inequities in the system, redirecting resources to schools and neighborhoods to prevent detention and include young people in the conversation.