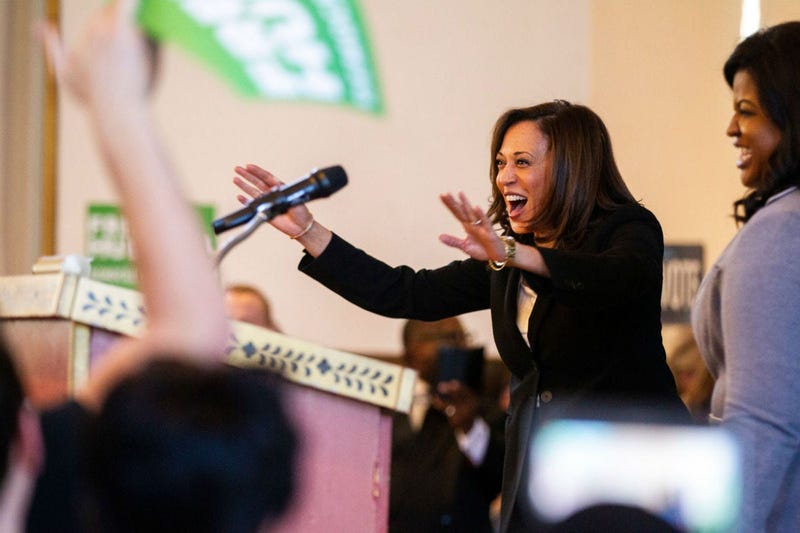 January 10, 2019 01/10/2019 4:21 pm
By Doug Sovern, KCBS Radio
(CBS News) — Sen. Kamala Harris has decided to seek the 2020 Democratic nomination for president, sources close to her told KCBS Radio. She'll announce her candidacy on or around Martin Luther King Day, probably at a campaign rally in Oakland, the sources said.

Harris, 54, has been making the rounds of television talk shows and appearing at several events this week as part of a brief tour to promote her new book, "The Truths We Hold: An American Journey."

At every stop, when asked about running for president, Harris has answered with some variation of "I'm not ready yet" to announce her decision and cited family considerations.

RELATED: Cory Booker's campaign begins to take shape as he closes in on 2020 decision

Even though Harris has alluded to a 2020 presidential campaign in interviews to promote her new memoir, aides said before the book rollout began that no formal announcement about her political future is expected before the first wave of the book tour concludes later this month.

But several sources with knowledge of her plans said she has in fact decided to run, with the enthusiastic blessing of her husband and two stepchildren.

The debate within her camp has been how, and where, to launch her campaign. The tentative plan is for Harris to enter the race with a campaign rally in the city where she was born and began her legal career.

Harris risks appearing indecisive, or worse, disingenuous, if she holds off on announcing her decision much longer, warns veteran Democratic strategist Darry Sragow, the publisher of the nonpartisan California Target Book, who teaches political science at USC.

"If she really has decided to run," said Sragow, "my advice would be, announce. Don't drag this out."

Harris' team wants maximum exposure for her campaign kickoff, and has been scouting for a telegenic location that could give her a "Springfield moment" akin to Barack Obama's campaign launch in 2007 at the Old State Capitol in Illinois.

Harris' advisers want to avoid identifying her too closely with San Francisco, where she first made her political mark as a two-term district attorney.

"San Francisco is viewed as a very nutty place by people outside of California, and frankly, by a lot of people inside California," Sragow said.

Berkeley, where Harris was raised before her parents divorced and she moved with her mother and sister to Montreal, Canada, has also been dismissed by her strategists as not projecting the image they're looking for.

That leaves Oakland, where Harris was born, and where she returned after law school to become a deputy district attorney for Alameda County.

Launching her national campaign there would let Harris emphasize her roots and identify with the hardscrabble city's gritty energy, creativity and even the Golden State Warriors, who've won three NBA championships since 2015.

The sources caution that Harris' planned rollout is still being finalized. The location and timing could change. But the current plan is for Harris to throw her hat into the ring sometime over the Martin Luther King Jr. holiday weekend, perhaps even on MLK Day itself, which is Monday, January 21.

Sragow notes that as a statewide official whose husband is a prominent Los Angeles attorney, Harris could announce her candidacy anywhere in the state, from L.A. to Sacramento to Silicon Valley.

But the sources tell KCBS Radio the Bay Area is the preferred backdrop.

The next stop would probably be Iowa, where Harris would go on an introductory campaign swing to begin her quest for the White House in earnest.