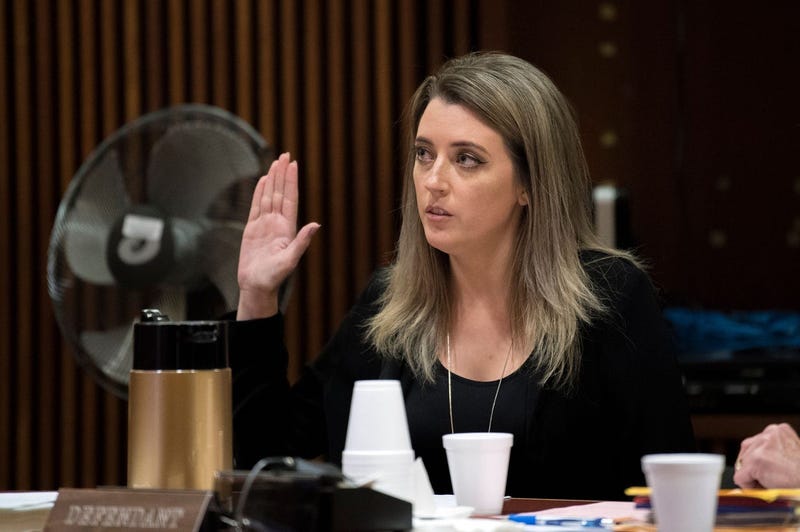 MOUNT HOLLY, N.J. (KYW Newsradio) — The woman at the heart of the GoFundMe scam has pleaded guilty to state charges.

Katelyn McClure admitted her role in concocting a feel-good story about homeless vet Johnny Bobbitt, who gave his last $20 to buy her gas on I-95.

McClure pleaded guilty to one count of theft by deception, and she agreed to testify against her former boyfriend involved in the scheme, Mark D'Amico.

The state, in return, is dropping a conspiracy charge against her.

Under questioning in court from her attorney James Gerrow, McClure admitted the narrative about Bobbitt was false.

"Did you agree that these interviews were intended to promote the campaign and cause donors to contribute to it, believing Bobbitt was a good Samaritan?" "Yes," she responded.

The trio's plan was revealed when Bobbitt claimed he wasn't getting all of the money raised through GoFundMe, and he sued the couple.

Investigators say McClure and D'Amico spent a lot of the money on gambling, vacations, cars and clothes. Bobbitt admitted he received $25,000 and spent it on a couple of pickup trucks and drugs.

GoFundMe has since returned all the money to people who donated.

Last month, McClure pleaded guilty to a federal charge of conspiracy to commit wire fraud. She now faces four years in prison. Her sentencing is set for June 3.