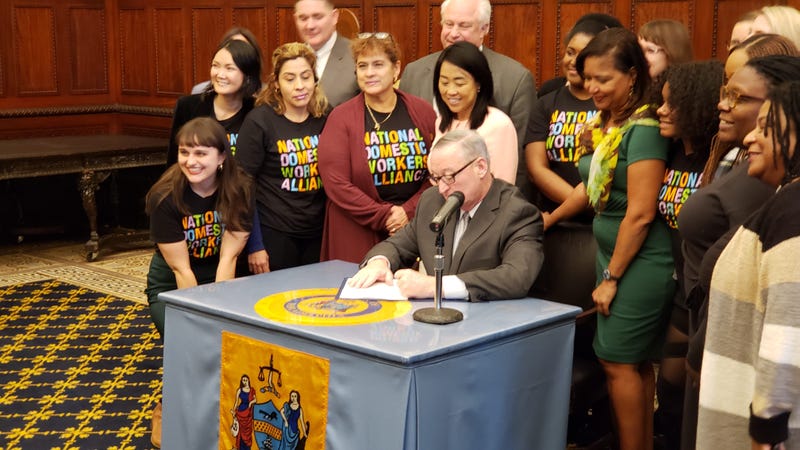 November 30, 2019 11/30/2019 9:00 am
PHILADELPHIA (KYW Newsradio) — A new law that takes effect next May will provide protection for some of Philadelphia's most vulnerable workers: nannies, maids and other domestic employees. Mayor Jim Kenney signed the bill into law last week.

Betania Sheppard often told her story in the nearly year-long effort to pass what's known as Philadelphia's Domestic Workers Bill of Rights. On Tuesday, she told it again, but this time it was with a note of triumph over the conditions she's endured.

Among the provisions in the new law is the right to a contract, notice of termination, leave time, meal and rest breaks and protections unique to the positions the workers hold — prohibiting the holding of documents or monitoring private communications.

Mayor Kenney called it a proud moment for the city.

“And we hope that this will be a turning point for many,” he said.