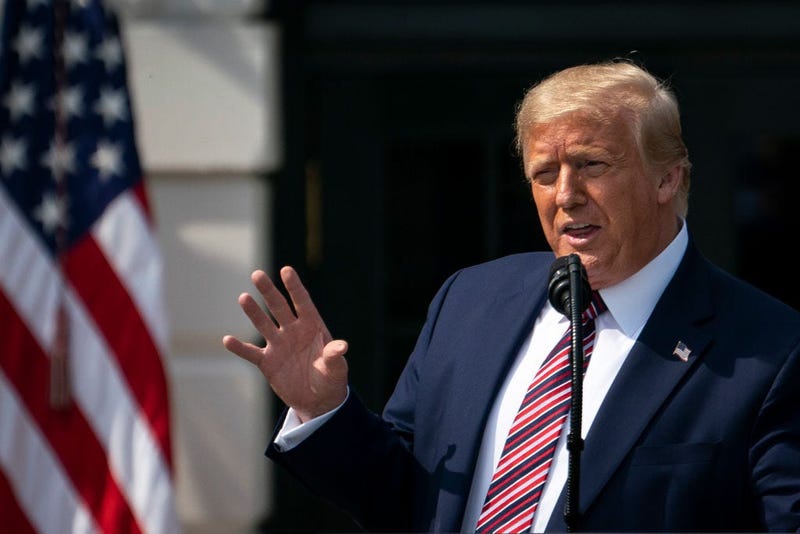 PHILADELPHIA (KYW Newsradio) — Mayor Jim Kenney said the city would resist any effort by the Trump administration to send federal agents here after the president cited Philadelphia as one of several U. S. cities where he intends to “do something” similar to the deployment of federal law enforcement in Portland, Oregon.

“That the White House seeks to impose federal involvement in this way, after months of abrogating its responsibility to lead a federal response to COVID-19, is both ironic and offensive,” Kenney said. “While the City of Philadelphia has not received any formal notification that federal agents will be sent here, we would use all available means to resist such a wrong-headed effort and abuse of power.”

District Attorney Larry Krasner added that if federal agents came to Philadelphia and used tactics reported in Oregon, such as detaining and tear gassing protesters, they would face criminal charges from his office.

U.S. Sen. Bob Casey called the suggestion an insult to Philadelphians and the Constitution.

The officials were responding to unscripted remarks by the president during an Oval Office event, videotaped and reported by the news site The Hill.

Portland’s mayor and Oregon’s governor and attorney general all have asked that the agents be removed.

Krasner’s statement compared the events in Portland to fascism.

“My dad volunteered and served in World War II to fight fascism, like most of my uncles, so we would not have an American president brutalizing and kidnapping Americans for exercising their constitutional rights and trying to make America a better place, which is what patriots do. Anyone, including federal law enforcement, who unlawfully assaults and kidnaps people will face criminal charges from my office. At trial, they will face a Philadelphia jury. It’s the least we can do to honor those who fought fascism, including those who are fighting it even now."

Kenney called the president’s remarks “wrong on many levels.”

“To send federal agents to police U.S. cities that have not requested such aid can only impede the work of local governments and exacerbate already heightened tensions in these cities,” the mayor said, “and to target cities that are led by Democratic mayors is clearly a politicization of federal resources that should outrage all taxpayers.”

Casey said deploying federal agents in U.S. cities was “another example of the president’s abuse of his power.”

“If he thinks that the people of Philadelphia want secret police holding citizens without charges for exercising constitutional rights, I think he badly misinterprets what the people of Philadelphia stand for,” Casey said. “We don’t need that kind of invasion by federal storm troopers. It’s contrary to our constitutional values and I just don’t think in the city where the constitution was born, people are going to stand for it.”

U.S. Attorney William McSwain has often been vocal on the subject of violence in Philadelphia. He has accused Krasner of lax prosecution that erodes respect for the rule of law.

However, he declined to comment on the president’s suggestion.

Protests in Philadelphia included vandalism and looting in the first few days but have been peaceful ever since. They prompted the mayor to form a Reconciliation Committee that has already taken a number of steps, including formulating police reforms.

The mayor Monday announced the city has hired the consulting firm CNA and attorney Nicole Phillips of Montgomery McCracken to investigate the city’s response to the protests and issue an “after action” report.