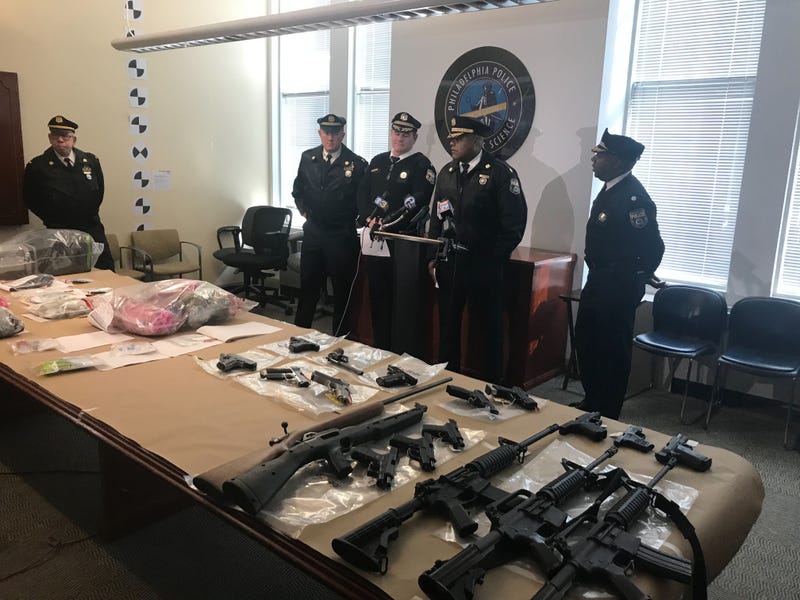 December 24, 2019 12/24/2019 6:10 pm
PHILADELPHIA (KYW Newsradio) — Philadelphia police say that, because concerned Kensington residents called in tips and talked to cops in the neighborhood, federal, state and city authorities were able to pull about 18 guns and more than $600,000 worth of drugs off the street.

"Cocaine, heroin, crack cocaine, marijuana and synthetic marijuana, which is a composite of many different chemicals," said Inspector Joseph Fredericksdorf with the Narcotics Strike Force.

During the weeks-long investigation, officials closely monitored about 40 homes around McPherson Square. In total, 200 people were arrested. Most of the people arrested were buyers, but Fredericksdorf says their main focus is on the dealers in the neighborhood.

"We realize some people are crippled by addiction, but we have a duty to the neighbors to remove the dealer from the block, because nobody wants a drug dealer on their block," he said.

He says most of the dealers will be charged with possession with intent to deliver, while the buyers may likely go through a court-ordered drug treatment program.

Fredericksdorf says some of the firearms were AR-15s.

"We look at a gun as a win for someone NOT getting shot," Fredericksdorf said. "These guys are arming themselves with military-style weapons, so that is a constant threat for us, and we have to be vigilant."

Authorities remind the public that they can call in anonymous tips when they see and hear illegal activity.