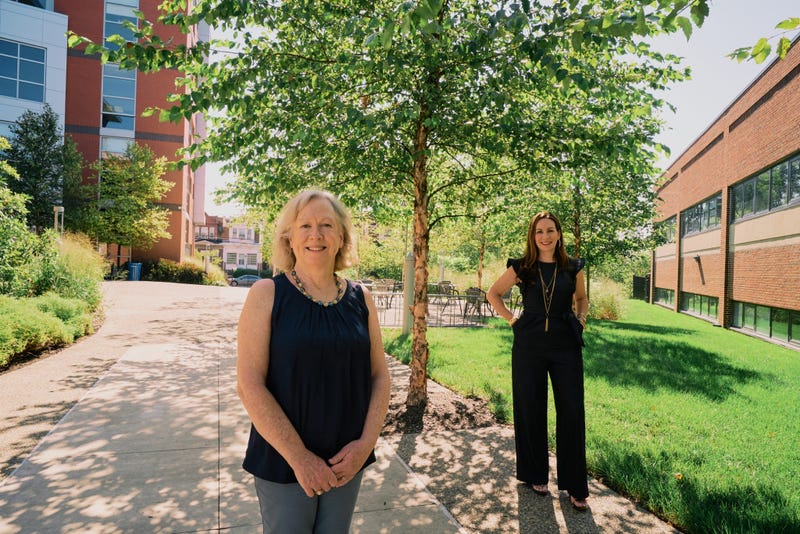 Now that she’s over the initial shock of being on the receiving end of a seven-figure bequest, Kate Ward-Gaus, assistant vice president of Student Wellness Services, is looking forward to hiring additional staff and expanding the university’s preventive and interventive programming.

Plus, the timing of the endowment couldn’t be better. Many students are still dealing with the disappointment of taking their classes mostly or completely online, among other issues that follow in the fallout.

“Because most students assumed they were going to come back in the fall, they put some of the anxieties associated with COVID aside,” Ward-Gaus said. “And now most of them, they’re not back or they’re back in this very different way than they expected, and that’s bringing up some fears — justifiable.”

The gift is from Frank Stanton, a 1951 La Salle alum who lost his son, Paul, to suicide last year.

Colleges and universities across the country have seen a rise in the number of anxiety disorders among students in recent years. On top of that, suicide ranks as the second leading cause of death in the U.S. for people aged 15 to 24.

“I want La Salle’s students and any prospective students considering La Salle to know they have somewhere to turn,” Stanton said in a statement. “It’s my hope that this gift will signal to many that La Salle University cares deeply about the mental health and wellness of everyone on its campus.”