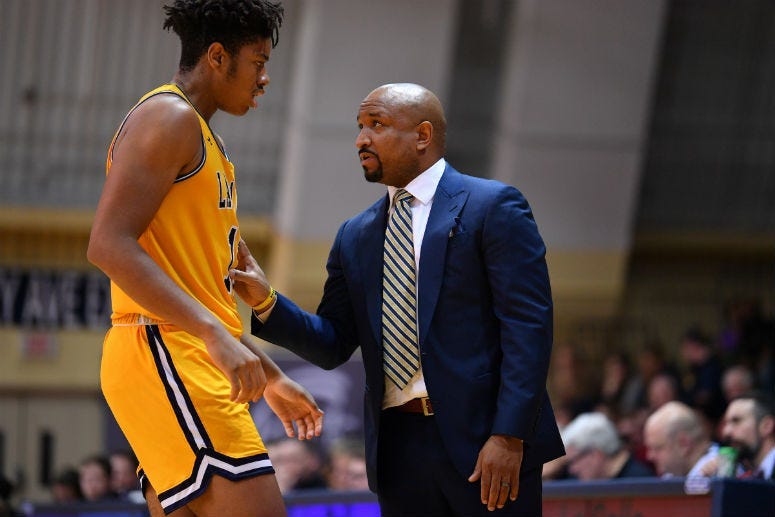 January 7, 2020 01/07/2020 9:20 pm
PHILADELPHIA (KYW Newsradio) — The La Salle University Explorers will be on the road Wednesday night for an Atlantic 10 match-up with The University of Massachusetts up in Amherst.

La Salle is 10-4 this season and improved to 1-1 in the A-10 on Sunday with a 66-60 win in the Bronx over Fordham. This was a big bounce back victory for the Explorers after they got blown out at home in their previous game against #15 Dayton at Gola Arena, 84-58.

"It was definitely important, just because you wanted to see our guys respond," La Salle head coach Ashley Howard told KYW Newsradio. "I think our guys were disappointed in themselves in the way we came out against Dayton."

A key to the victory over the Rams was the way La Salle played defense in the first half. The Explorers held Fordham to 20 points on 29.7%, shooting in the game's first 20 minutes.

"I think our guys were just really connected," Howard said of that first half defensive performance. "I felt like we played with great energy, great attention to detail following the scouting report early in the game. Now our biggest challenge is to put together a 40-minute effort. We put forth a great effort in the first half, we got a nice lead and then in the second half we sort of kind of got away from all the little details and the small habits that helped us create the lead early in the first half."

"They're a young, talented team," Howard said. "They have two of the top freshmen in our league. They've had multiple freshmen get Atlantic 10 Freshman of the Week. Then they have some guys that are returning in (junior guard) Carl Pierre and (redshirt junior guard Keon) Clergeot, those guys that have been through some battles in the Atlantic 10. This is a dangerous team. It's their first league game at home. Hopefully, we can come out there and set the tone early, but just understand that it's a team that's not going to quit. They're going to battle. They are a well-coached team. We just have to go out there with the right mindset that we want to be committed to a 40-minute game."

Wednesday night's game in Amherst will get underway at 7:00 p.m.