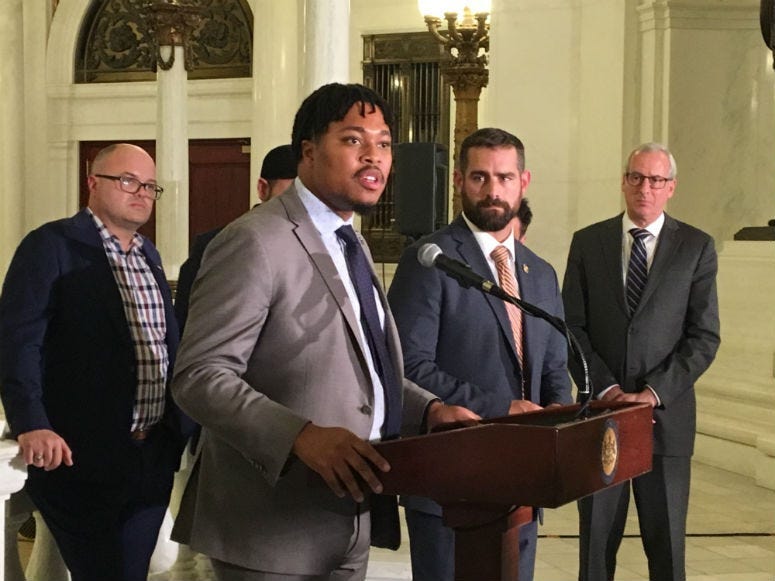 HARRISBURG, Pa. (KYW Newsradio) — A state lawmaker from Philadelphia says he believes "the tide has turned" as he renews his effort to ban conversion therapy on minors in Pennsylvania.

Opponents of conversion therapy say it is the discredited and abusive practice of attempting to change a person’s sexual orientation or gender identity. Philadelphia House Democrat Brian Sims says he has introduced legislation to ban its use on people under age 18 in several previous two-year sessions of the legislature, but feels its prospects for passage are improving.

"I think that the tide has turned on both the science and the medicine that’s involved here," Sims said.

Groups such as the American Academy of Pediatrics and American Psychological Association have taken official positions against the use of conversion therapy.

Opponents of the legislation say it would bar child psychologists and therapists from acting in a child’s best interest, but Philadelphia Democrat Malcolm Kenyatta, like Sims, believes it is a form of abuse, shaming young people for being what they are.

“And we have to insure that practices like conversion therapy are banned in the Commonwealth, so young people, in particular, don’t have to live with this pain and this trauma," Kenyatta added.