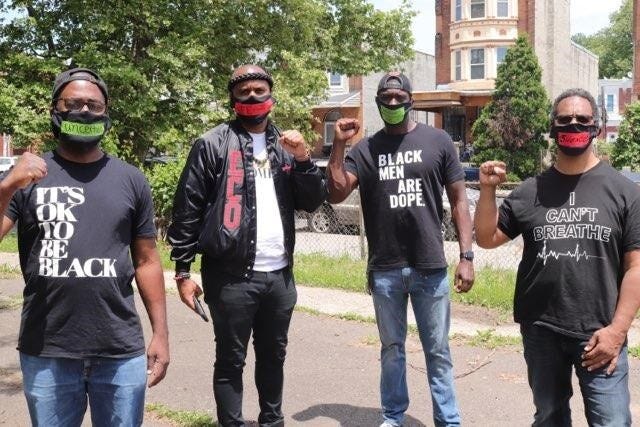 PHILADELPHIA (KYW Newsradio) — June 19, 2020, marks the 155th anniversary of the date the last enslaved Africans in America learned they were free. There are campaigns in Congress to make the date, known as Juneteenth, a federal holiday.

President Abraham Lincoln's Emancipation Proclamation went into effect on Jan. 1, 1863, but the Civil War didn’t end for another two years. So Union soldiers, led by Maj. Gen. Gordon Granger, did not land in Galveston, Texas, until June 19, 1865, to deliver word that the war was over and all enslaved Africans were free.

“When the word came to Texas, there was such a big jubilee that it became so infectious that it became a celebration that stuck,” says Dr. Molefi Kete Asante, chair of the Africology and African American Studies Department at Temple University.

“People would come together,” Asante said. "They would have celebrations and tell stories about great-grandma, great-grandpa, who lived during slavery. And they would talk about the heroics of the people who would escape."

The stories, Asante said, would remind African people of their bravery.

“It was a whole different experience,” he said. "You didn’t have to wait for the food left over by the white people. So food was very important. Games were important. It was music and dance and fun.”

The holiday is the oldest national celebration of the emancipation of enslaved Africans in America.

"When Juneteenth occurred, everybody got a chance to walk, to kumbaya, into freedom collectively," said Ron Brown, northeast regional director of the National Juneteenth Observance Foundation.

"The people of the African descent didn’t know about their history. They’d been celebrating July 4th most of their life, not knowing they had a day of their own."

He says Juneteenth is the true African American Independence Day.

Texas was the first state to recognize the holiday in 1980.

Last year, Gov. Tom Wolf signed a bill making Juneteenth a state holiday in Pennsylvania. The holiday is recognized as a state or ceremonial holiday in the District of Columbia and all but three states: North Dakota, South Dakota and Hawaii.

Now several federal lawmakers, on both sides of the aisle, are introducing bills to make Juneteenth a federal holiday.

In the U.S. House of Representatives, Rep. Sheila Jackson Lee of Texas is pushing a bill that would make Juneteenth a federal holiday. A number of lawmakers have signaled their support.

On Juneteenth, this nation should pause to acknowledge that the fight for freedom continues for Black Americans 155 years after breaking free from the bonds of slavery.It should be a federal holiday.Proud to support @JacksonLeeTX18’s Juneteenth National Independence Day Act.

There are also efforts in the Senate to do the same.

Soon I’ll be introducing a bill to make #Juneteenth a federal holiday. Texans have celebrated this end to slavery for 155 years. It's an opportunity to reflect on how far we've come anda reminder of how far we still have to go. https://t.co/xAgXxMTegugeorge-floyd-15349677.php

Brown says the National Juneteenth Observance Foundation consulted on the House bill, and they're hopeful that it will become law.

"We put in our language to make sure that’ll be historically correct," Brown said.

“I’ve been working to get Juneteenth recognized since the ‘80s,” he said. "I am so happy that we are learning our history and our true independence day.”

Juneteenth is an official holiday in Montgomery County and Philadelphia.

City and county facilities are closed for the day, and trash collection in Philadelphia is being pushed back.

Earlier in the week, Mayor Jim Kenney signed an executive order making Juneteenth an official holiday in the city, but it only applies to this year. He wants to make it permanent, but he says City Council needs to write legislation, and city holidays will have to be renegotiated with the municipal unions first.

In Montgomery County, county offices and facilities are also closed.

“I am proud that Montgomery County is one of the first counties in Pennsylvania to offer Juneteenth as a paid county holiday," county Commissioner Ken Lawrence said.

Lawrence says he's thankful county employees and row officers reached out about the significance of Juneteenth in history, especially today.

Gary Shepherd of the initiative says he imagines the jubilation in 1865, but he says there were likely questions, too.

If the protests of the past few weeks have raised similar questions, they have also, clearly, raised awareness of occasions such as Juneteenth.

Shepherd says the Initiative has already been holding the largest Juneteenth parade and festival in the country for the past four years, but Kenney says making it a holiday will do even more.

"The only way to dismantle the institutional racism and inequalities that continue to disenfranchise Black Philadelphians is to first look critically at how we got here," Shepherd said.

Taj Murdock, an organizer for the Brotherly Love Silent Men’s March in West Philadelphia on Friday afternoon, says the purpose of Juneteenth is to help Black people, specifically Black men, to reconnect with their identity.

“A lot of our young people, all they see is Black men being arrested every day, Black men being killed everyday,” Murdock said. “And now that lasting image of the lifeless George Floyd is imprinted in their mind. So we want to restore to them the image of what the Black man truly is — the strongest and most resilient man on earth.”

"We hope to make this a huge, huge, on the level of WaWa Welcome America — why not? — next year, here in Philadelphia," he said.

The Brotherly Love Silent Men’s March, through West Philadelphia, starts at 52nd Street and Girard Avenue and ends at Malcolm X Park, running from noon to 2 p.m. on Friday.

Later in the day, from 4 p.m. to 7 p.m., Black Lives Matter Philly is hosting a “Jawnteenth” event at Malcolm X Park. Organizers are emphasizing social distancing and mask wearing for those who participate.

There’s also a community cleanup event Saturday at 41st and Brown streets, near Belmont Charter School, from noon to 3 p.m.

For other virtual and in-person events across the city, find a list at juneteenthphilly.org.