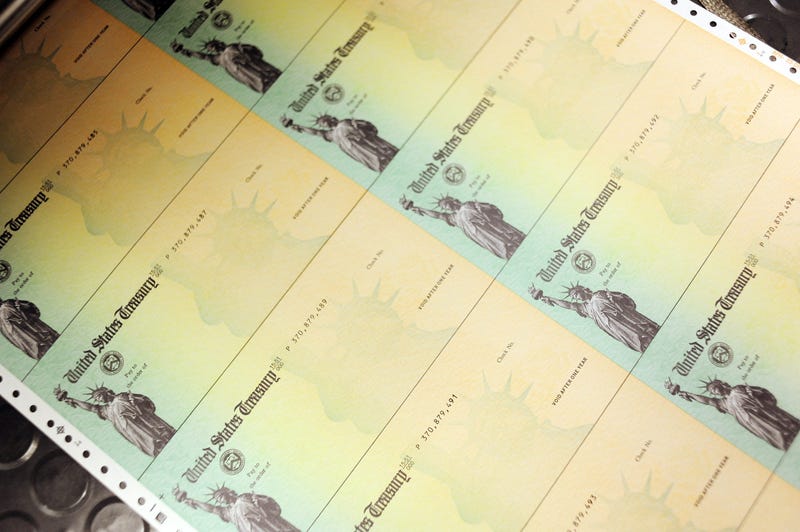 Republicans want to cut the extra federal cash by two-thirds, to $200 a week, but only for a couple of months, until states can re-program their unemployment systems to give a claimant 70% of his or her salary — a big bump from what states usually provide.

“We are watching very carefully to see what impact that would have on our system, and … how long it will take us to upgrade our systems, change our systems, modify our systems, to make sure what is expected under whatever legislation is passed,” he explained.

“If, however, it changes to a percentage or some kind of means test to determine the amount of dollars an individual would receive, we may have to review all of those claims individually,” he added. “It could take months — months — for us to make changes in the system and to go through that number of claims.”

Oleksiak said they notified Congress about the lag.

Democratic Sen. Bob Menendez said Republicans have been dragging their feet on an additional stimulus bill for months. Democrats are pushing to extend the weekly $600 of aid until January.

“Right now, millions of folks don’t know if they have a job tomorrow. Many are weeks, if not days, away from losing their homes. Some cannot even afford basic necessities. States, counties and cities are literally running out of money,” said Menendez. “People are angry, they’re frustrated, they’re scared.”

Republicans argue workers won’t have an incentive to get back to work if they receive the extra money. Labor officials note it’s illegal to collect unemployment and refuse work, unless it’s COVID-19 related.

Menendez is pushing for a bipartisan plan before Congress is scheduled to recess in two weeks.

“We need a comprehensive stimulus package that extends unemployment benefits, as Republicans are trying to do,” he said.