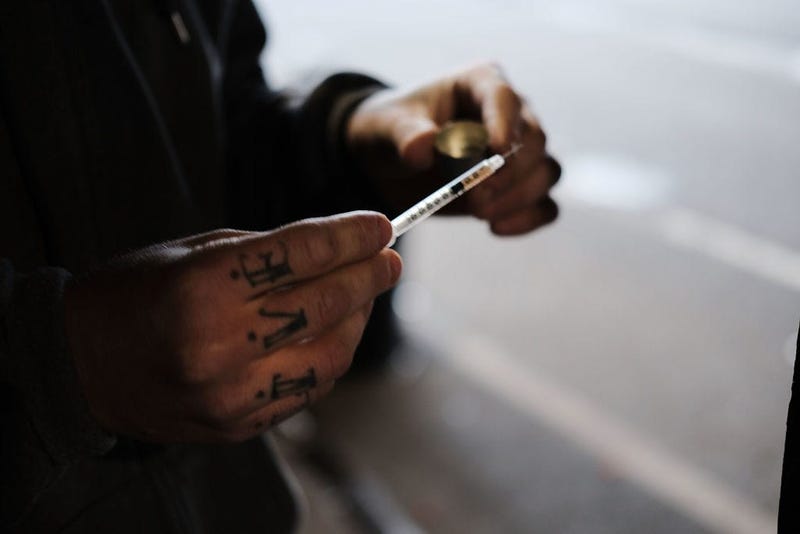 PHILADELPHIA (KYW Newsradio) — A federal judge took testimony Monday in a lawsuit that will determine whether a safe injection site can open in Philadelphia as one measure to address the opioid epidemic. All three witnesses testified the site would save lives.

The judge began the day-long hearing saying it was not a debate on the merits of safe injection sites, but their ability to save lives was repeatedly raised during testimony.

U.S. Attorney William McSwain brought the suit against the nonprofit Safehouse, which plans to open a center that would provide a variety of services, including a consumption room where opioid users could inject drugs under observation.

Dr. Jean Marie Perrone, one of the doctors present, testified that overdose can happen so quickly, some people die with the syringe still stuck in their arm, thus the importance of a consumption site where care givers are on hand to act immediately.

Safehouse president Jose Benitez and the doctors testified that the room would allow medical personnel to get to someone overdosing in seconds, rather than minutes, which could be the difference between life and death.

"Look, the purpose is to save lives, that's the purpose and then hopefully, we could help facilitate treatment for people who want that," Benitez said.

The government presented no witnesses, but in cross-examination, drove home the point that clients would be injecting drugs that are illegal. They also suggested the facility could have applied for a research waiver and then observed consumption legally.

Safehouse board member Ed Rendell said that was disingenuous.

"There's no guarantee we'll get the waiver, they didn't tell us about the waiver, we could have had this settled. We could be open by now," Rendell said.

Benitez testified that the needle exchange center he runs, Prevention Point, has saved 500 lives, a figure McSwain disputed in cross-examining him, asking if he counted people who later died because they continued to take drugs and overdose.

Safehouse vice president Ronda Goldfein said the dozens of friends and relatives of overdose victims who attended the hearing likely had thoughts.

"If you asked them if another hour or another day with their loved one would have made a difference, I'm sure they would have been able to speak to that," Goldfein said.

The hearing was attended by dozens of friends and relatives of overdose victims, who rallied outside beforehand. Izzy Harper said she wished Safehouse had opened in time to save her sister.

"If there had been a place for her to go when she relapsed, they would have saved her life, they could have revived her," Harper said.

Judge Gerald McHugh will hear arguments from both sides next month.