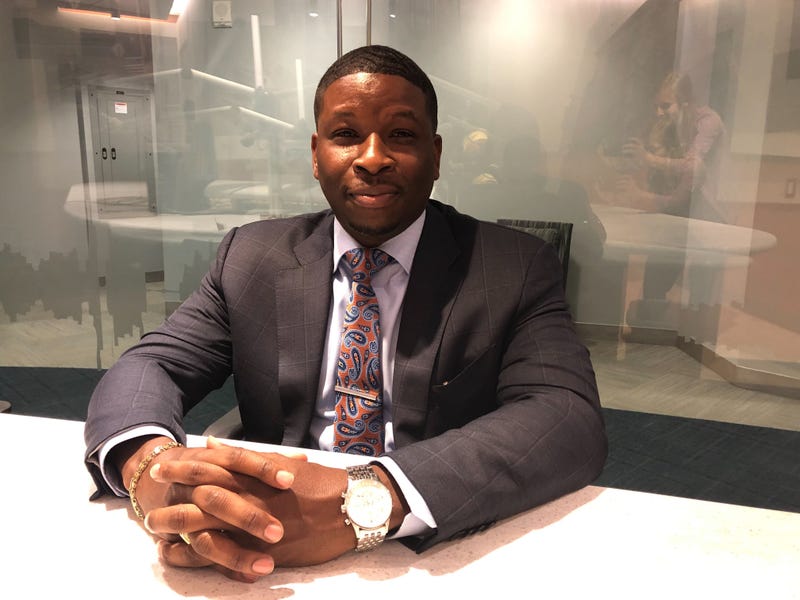 August 23, 2019 08/23/2019 8:11 pm
PHILADELPHIA (KYW Newsradio) — The Philadelphia attorney who helped talk down the gunman in the Nicetown standoff said he has been receiving death threats.

According to Shaka Johnson, not everyone is happy his client — the alleged gunman, 36-year-old Maurice Hill — made it out alive following the nearly seven-hour standoff with police in Nicetown.

"I've gotten death threats," Johnson explained. "I had to have a conversation with my family. You know, listen, I’m getting these threats.”

Last week, Johnson made headlines after he assisted Philadelphia police negotiators in convincing Hill to put down his weapon and surrender.

Johnson previously represented Hill in criminal cases and won. He believes that Hill, who served as a federal informant, had a mental breakdown.

"Never during any of those cases did he pick up a pistol and try to shoot it out with the cops. So, you have to ask yourself, ‘Was he in crisis?’ At least, I asked myself, was he in a mental health crisis?" Johnson said.

Hill was taken into custody without incident, despite the fact that he fired several rounds on police for hours.

"Some people feel that the message should have been sent: ‘If you resist violently in this particular way, we put you down ... like a dog, we put you down,’ ” Johnson said.

Throughout the week, Johnson has received emails, calls, letters, even postcards in the mail.

"After the first one or two I was like, ‘ehhh’ but after three or four; and now people are putting things in the U.S. Postal Service and sending them to me,” he said. “I have the girls in the office now; they have to open things with gloves.”

Johnson is not only a husband and father, but a former prosecutor and Fulton County, Georgia police officer. With all that in mind, he said he’s not nervous. “I’m SWAT trained.”

You can hear his reaction to Commissioner Richard Ross' retirement, what Hill said to him from prison, plus the 400th anniversary of the first enslaved Africans arrival in America Saturday night at 9:30 p.m. and Sunday morning at 8:30 a.m. on this weekend's Flashpoint.