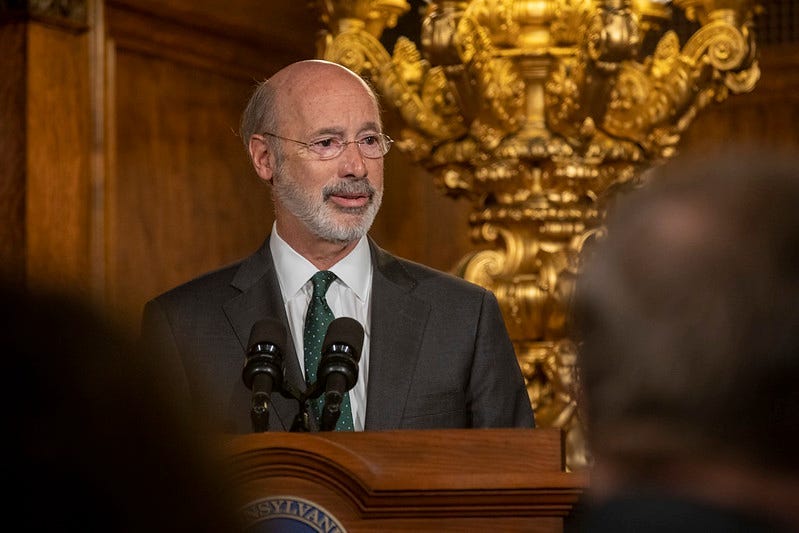 Republican county leaders voted in mid-May to lift pandemic restrictions in defiance of the Democratic governor. Wolf's decision left Lebanon as the only Pennsylvania county to have been cut off from a $625 million pot of federal coronavirus relief money distributed by the state.

The lawsuit, filed in Commonwealth Court, cast the Board of Commissioners' vote to unilaterally move Lebanon to the less restrictive "yellow" phase of Wolf's reopening plan as merely symbolic. The suit said Wolf had no legal right to withhold funding appropriated by the General Assembly, accusing him of a "gross abuse of power" and acting like a "de facto King."

A message was left with Wolf's office seeking comment.

Wolf addressed his decision to withhold the money at a news conference last week, saying Lebanon County had to pay a price for its recalcitrance.

"Don't come and say you want something from the state when you haven't followed the rules. There are consequences. These are the consequences," he said.