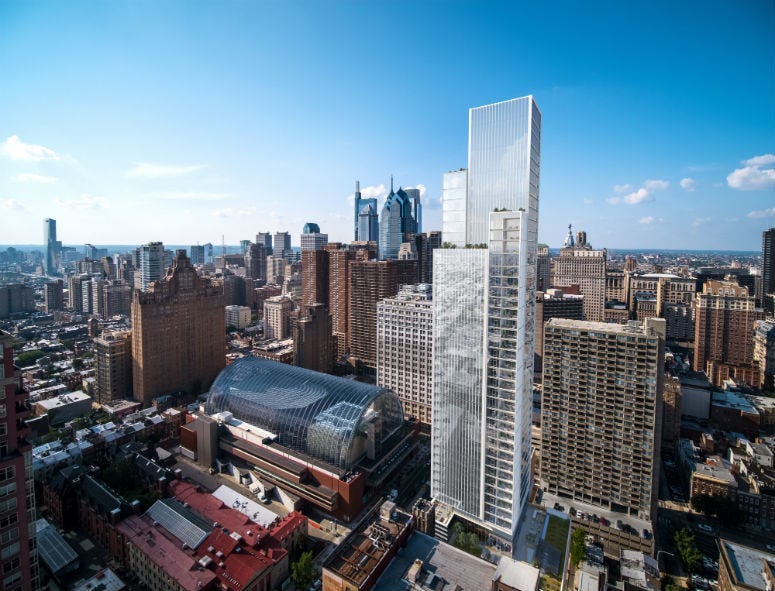 June 11, 2019 06/11/2019 8:46 pm
PHILADELPHIA (KYW Newsradio) — Developer Carl Dranoff broke ground Tuesday on a 47-story condominium tower on S. Broad Street where the Gamble and Huff recording studio used to be. The project has been seven years in the making.

Dranoff soaked the moment in all the drama a residential development could generate, preceding the groundbreaking with an event across the street at the Kimmel Center, which offered a view of the cleared site, empty since fire destroyed Gamble and Huff's studio in 2010.

Dranoff has toyed with different ideas for the site but has landed on a terraced glass tower with 108 units, a rooftop greenhouse, an indoor pool and ground floor shops.

"We will have the largest, the tallest and most transformative residential tower," he said.

Mayor Kenney used the occasion to give full-throated praise to the 10-year tax abatement, part of what makes the tower possible.

"It works. It works and it's worked and that's why people are living in Center City," Kenney said.

He walked it back almost immediately, saying it will likely have to be tweaked to make it more acceptable to those who don't benefit.