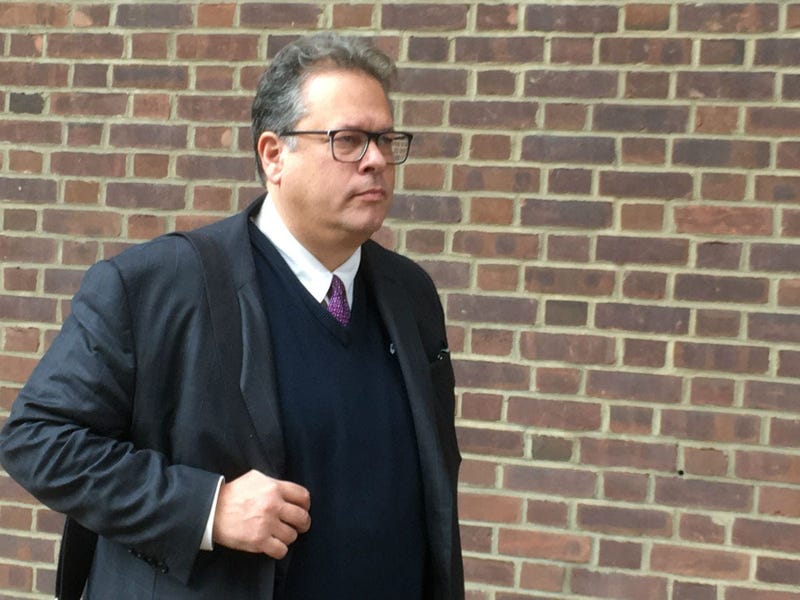 He arranged for payments to a challenger to former state Rep. Bob Brady to drop out of a primary race in 2012. Brady was not charge in the case.

He also illegally spent general election funds in an attempt to win the primary for Marjorie Margolies in 2014.

In addition to 18 months, Smukler was sentenced to one year supervised release and a $75,000 fine for his role in the two criminal schemes to violate campaign finance laws.

A dozen character witnesses begged Judge Jan DuBois for leniency. They described 58-year-old Smukler's contribution to his community and Philadelphia at-large as one of loyalty and generosity. His wife and daughters tearfully attested to his character; even his lawyer choked up in arguing Smukler had suffered enough.

The judge said in his many years on the bench, he had never seen such glowing testimony and believed Smukler has done a great deal for the community.

Smukler told the judge he regrets his actions, and he did nothing out of malice or for personal gain. Despite his many civic achievements, he said he's lost everything, even his home.

But in the interest of deterring others from violating election law, the judge said a jail sentence was necessary.

The sentence was less than what U.S. Attorney Bill McSwain had asked, but First Deputy Jennifer Williams said it was appropriate.

"It is important that others in the position of political consultant and political operative see that this is not a sentence that is met with probation. You'll have to sit in the courtroom, listen to your children beg for leniency, and then you're going to prison," she said.

"The message from today's sentence is an important and powerful one: Nobody is above the law."

Smukler was found guilty in December 2018 on one count of conspiracy and two counts of unlawful campaign contributions, among other charges.