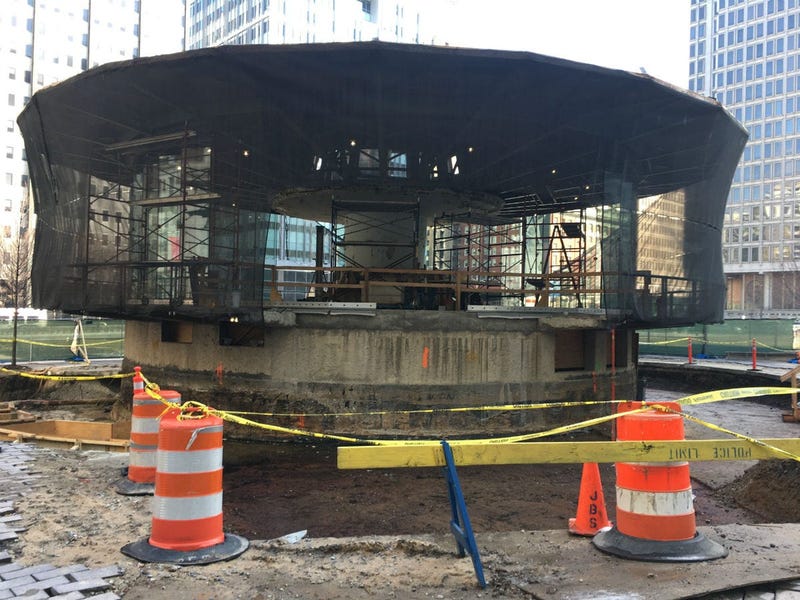 City Council has received a bill that would approve the contract for a restaurant inside the park's classic visitors center. The contract belongs to familiar names in the city's restaurant scene.

Marcie Turney and Valerie Safran are credited with the revitalization of Midtown Village, thanks to their string of popular restaurants — Barbuzzo, Jamonera and Lolita. They're calling their new enterprise in LOVE Park, "Loveluck."

NEWS: The #dynamicduo behind the 13th Street restaurant scene is travelling slightly northwest-- to #LovePark! They won the contract to turn the old spaceship building into a dining destination.

Details and the timeline for opening are expected to be announced, next week, when the parks and recreation department leads a hard hat tour to show off the renovations in the visitors center.

The center was basically a wreck in 2015, and headed for demolition as part of the park renovation. But fans of its mid-Century modern design prevailed on the city to preserve it. Initially, it was to continue to serve as a visitor center with a restaurant on the side but that plan has been scrapped to create seating for 50 people inside and 135 on the balcony and terrace.

READ: After years of waiting and millions in renovations, LOVE Park officially re-opens​