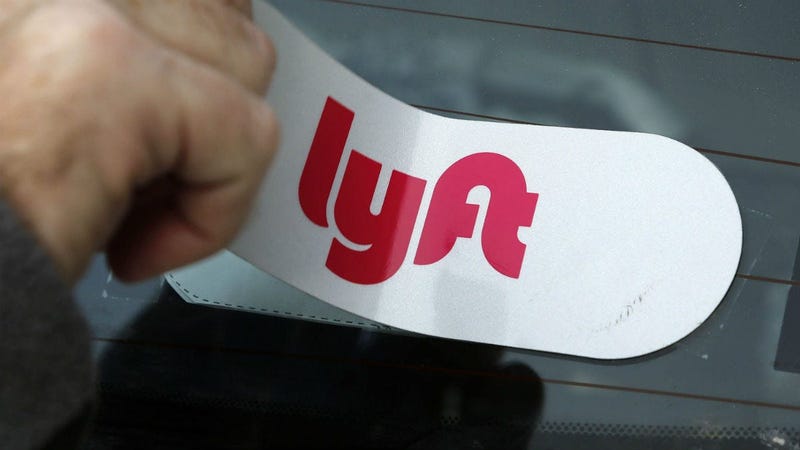 Lyft predicted investors would buy the stock for between $62 and $68 a share. The company expects to raise as much as $2.1 billion through the sale of stock.

The company won't sell all of its shares to the public through the offering. Lyft's co-founders — CEO Logan Green and president John Zimmer — will hold just less than half the votes among shareholders. But they'll be given a special issue of stock that grants them 20 votes for each of their shares.

A number of the regular shares will go to employees of the company, and some will be made available to its front-line drivers. Drivers will be getting bonuses of up to $10,000 if they have completed 20,000 and $1,000 if the have contributed between 10,000 and 20,000 rides by the end of last month. And they will be allowed to take that bonus in shares of the company at the eventual IPO price.

But tech investors are used to seeing companies lose money, sometimes for years after they go public. Investors would be mostly betting on Lyft's prospects for future growth, especially if they are disrupting an existing business. For example Amazon, which went public in 1997, didn't report its first profit until the end of 2001. It is now consistently profitable and among the most valuable companies in the world.

READ: Lyft to give some drivers $10,000 in bonuses, or the option to buy stock

Lyft and rival Uber are disrupting the way people move around. Many experts believe that people in the future will be far less likely to actually own cars. Established automakers are themselves looking forward to the day when they are in the business of selling rides to customers rather than selling them cars.

The economics of Lyft's business could change radically in future years when self-driving cars become a reality and accepted by the public.

But before then Lyft needs the cash that the IPO will generate. The company's cash and cash equivalents fell 53% to just $518 million during the course of 2018.

Its shares will list on the Nasdaq under the stock ticker "LYFT."

Its competitor Uber expects to go public later this year, but it has not given the same amount of detail about its sales plans. But since Uber is a much larger business, it is expected to raise far more than Lyft from its IPO.

Airbnb, Slack, Pinterest and Postmates are also all expected to go public this year. By going first with its public offering, Lyft could help to be a signal to investors about the strength of this year's market for tech IPOs.