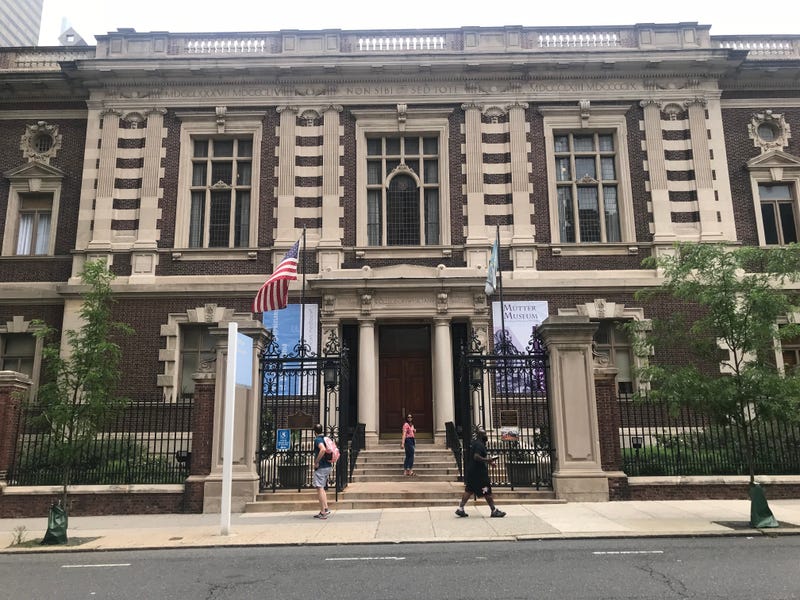 June 9, 2019 06/09/2019 8:00 am
PHILADELPHIA (KYW Newsradio) — The College of Physician's Mütter Museum in Center City is known around the world because of, let's just say, it's unusual medical related collections. A fundraising campaign is underway to expand its exhibit space.

"So we have a real, functioning iron lung in our basement," said Rick Fitzgerald, chief advancement officer at the College of Physicians.

Ninety percent of the  Mütter museum's collections are in storage because there isn't anywhere to display them.  The museum is known for medical oddities including a conjoined twin specimen , parts of Einstein's brain, a bunch of skulls and other body parts and diseased organs.

Fitzgerald says nearly $8 million has been raised for the project. $25 million in total is is needed.

"We are not going beyond our walls we are staying within the building its a national historic landmark so obviously we don't want to do anything to the building, but as far as the interior is concerned this gives us a real opportunity to create more space for the Mütter museum and our first ever rare book exhibition gallery."

The plan is to double the public access space. It's expected to be completed by 2023.