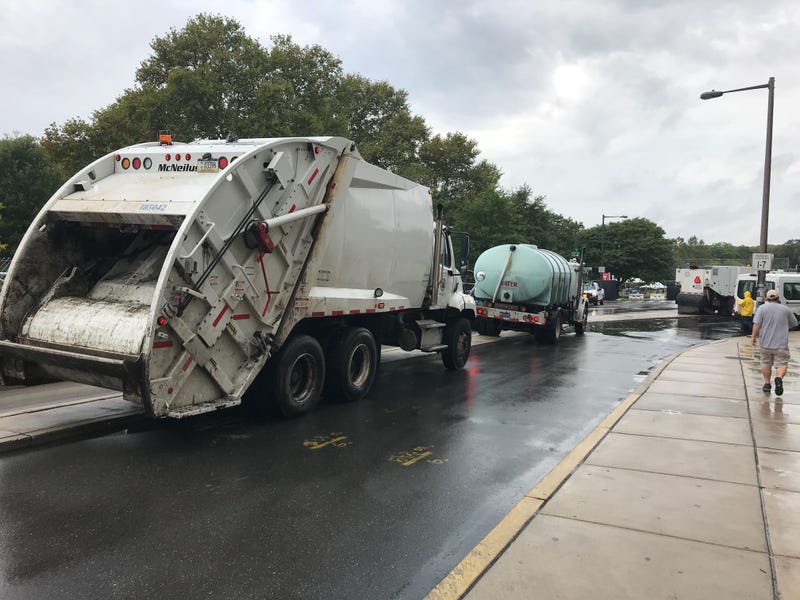 PHILADELPHIA (KYW Newsradio) — The bands are packed up and the musicians are back on the road, after thousands descended to the Benjamin Franklin Parkway for the Made in America concert. The cleanup to restore normalcy to the area had teams working around-the-clock.

Sanitation trucks and crews spent their Labor Day roving around the Ben Franklin Parkway, picking up bottles, wrappers, cans and other trash.

The stage was still being dismantled on Monday, so commuters can expect for roads in the area to slowly open. Officials will reopen the outer lanes of the Parkway first, then the inner lanes, as crews continue to tear down the stage.

They expect things to be back to normal by rush hour on Tuesday.

Stolen phones and underage drinking were the two major issues that authorities dealt with at the two-day festival.

Gearing up for Day 2 of the #MadeinAmericaFestival ? Make sure you secure your valuables - particularly your smartphone. Criminals will use the opportunities provided by large crowds to pickpocket unsuspecting people. pic.twitter.com/6WTb0WnSjl

Philadelphia police say dozens of smartphones were stolen from concertgoers back pockets over the weekend.

Authorities recovered 46 of them. Anyone who lost a phone should contact Central Detectives, because they may have it.

46 phone were recovered by police during MIA, currently we have 6 owners who have not contacted us. Please call Central Detectives 215-686-3093/3094 if your phone is missing. You can speak to a detective and claim them at the 9th District, 401 N. 21st Street. @PPDDennisWilson