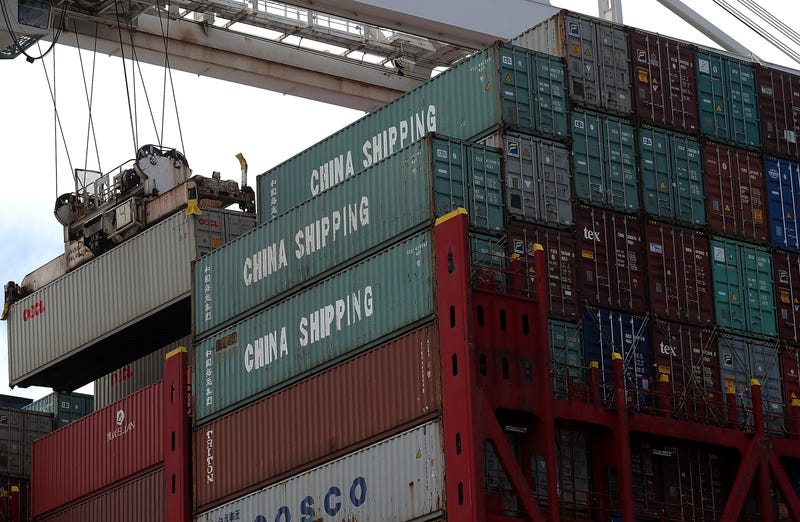 (KYW Newsradio/CNN) — Prospects of a sweeping trade deal between the United States and China appear to be dimming as negotiators prepare to resume two days of talks on Thursday.

American negotiators led by Ambassador Robert Lighthizer, the U.S. trade representative, and Treasury Secretary Steven Mnuchin are entering this week's trade talks with low expectations for major progress on reaching a comprehensive deal months after negotiations broke down in May, according to two officials familiar with the situation.

Pessimism inside the administration is largely based on signals from Beijing that it's unlikely to make major concessions during the 13th round of talks, raising speculation that both sides may try to reach for a "mini deal" that could include additional purchases of American farm products in exchange for wiping off the books additional tariffs set to kick in starting next week.

President Donald Trump, now embroiled in a worsening impeachment battle with House Democrats, agreed in September to postpone ratcheting tariffs on $250 billion in Chinese goods from 25% to 30% until Oct. 15 after Beijing, in a sign of goodwill, waived tariffs on some U.S. goods. He also delayed a tranche of tariffs until mid-December to avoid hurting consumers during the holiday shopping season.

"There's going to be every effort to come to some accommodation on both sides that allows the administration to declare some victory and remove the short-term threat on tariffs," said a person familiar with the trade negotiations. "But I do think the president ultimately makes that call."

Wharton School professor Mauro Guillen, who specializes in international management, said there are more than 100,000 companies, on both the Chinese side and American side, that do business with one another.

"It's a huge relationship. If you remember, it started when Nixon visited in the 1970s and it has grown by leaps and bounds."

For a long time, Guillen said the U.S. has had the largest economy in the world, but now, China is about to become bigger. It's already is largest trading nation.

"That essentially undermines our bargaining position," he said, "so my prediction: This may be the last time that we are able to tell other countries, 'Hey you want to answer to our market? You have to do what we want you to.' "

Other analysts warned predicting the outcome of this week's talks was far from easy.

"Not even the negotiators themselves can yet be confident of the final result," said Mark Haefele, global chief investment officer for UBS Wealth Management, who outlined five possible scenarios in a note to clients on Tuesday.

Tensions between the U.S. and China heightened this week as the Trump administration blacklisted more than two dozen Chinese firms and put visa restrictions on Chinese officials. A fight over free speech between China and the National Basketball Association has also widened the gap between the two countries.

Two U.S. officials also acknowledged that Trump's suggestion that China investigate former Vice President Joe Biden hasn't been necessarily helpful to the relationship between the two countries, though it's not expected to arise in the trade talks.

Earlier this week, some aides were even speculating whether the Chinese delegation led by Vice Premier Liu He would complete the planned round of talks and wondering whether negotiations could be cut short.

"I don't know if the Chinese are coming in a mood to really have prolonged talks this week," added the person familiar with the negotiations. "The Chinese are watching our political environment and deciding how much they really want to engage."

Since the collapse of talks earlier this year, Beijing has shown few signs it is willing to make any of the concessions that Trump and his aides are looking for as they negotiate a trade deal, according to U.S. officials.

The two sides each offered an olive branch over the summer in an effort to ease tensions and resume talks starting with deputy-level negotiations in September. But the Chinese government has yet to show a willingness to make concessions on core issues to U.S. officials.

Instead, the Chinese government has held firm that a negotiated trade package would include only purchases of agricultural products, some commitments to protection of intellectual property, and market access when it comes to financial services and reducing tariffs on U.S. automakers.

They have yet to address issues that have been central to a more sweeping package of reforms on subsidies and their state-economy model, which the Trump administration has been seeking for more than a year during often-tumultuous negotiations.

"They're ducking those issues, and they have been for some time since the breakdown in late April, early May, and we haven't seen them rejoin those issues," said the person. "And I don't think the current environment is encouraging that."

Trump's trade war has cost U.S. importers $34 billion since February 2018, according to data analyzed by Tariffs Hurt the Heartland, a coalition of business and trade groups that oppose the tariffs.

In August alone, Americans paid $6.5 billion in tariffs, a 48% increase from the same month last year. In August, JP Morgan projected that tariffs would cost each American household a $1,000 more each year.

The president has imposed tariffs on a variety of Chinese goods, as well as steel and aluminum, washing machines and solar panels from a number of countries. The data does not include tariffs on $112 million worth of goods that went into effect Sept. 1.

American farmers, who have taken the brunt of the hit from the trade war, have been helped by two rounds of bailouts from the Trump administration, totaling $28 billion.