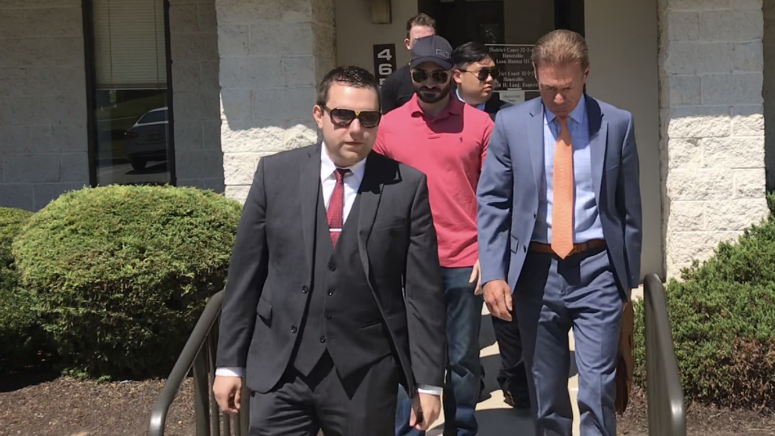 August 29, 2019 08/29/2019 7:55 pm
NEW TOWN SQUARE, Pa. (KYW Newsradio) — Prosecutors say a 26-year-old forged an email to make a Delaware County probation officer look like a racist, but his defense attorney claims he’s just a tabloid reporter who got a tip from a source. A judge is ordering him to stand trial on felony charges.

Nikolas Hatziefstathiou is facing felony counts of tampering with public records along with forgery and other charges. He’s accused of creating a fake email from a Delaware County probation officer that includes a racial slur, then publishing it on an online news site he runs.

Prosecutors spent nearly two hours at a preliminary hearing, showing in detail why they believe Hatziefstathiou was behind the forgery. They say he was signed onto the computer when it was made and was answering emails from his email accounts.

But his lawyer Charles Peruto says several people had access to that laptop. He says Hatziefstathiou got the email from a source and there’s no evidence his client forged it.

“He’s a young kid, very exuberant in his field and he’s trying to make a living with sensationalism. And if you have a source that gives you a story, some news agencies will check it out better than others," Peruto said.

Hatziefstathiou is also accused of receiving stolen property for getting a Taser from a Chester City cop. Peruto says he was borrowing it for a video they were making and he intended to give it back.

Hatziefstathiou has previous harassment convictions for making prank phone calls and for calling prostitutes to his neighbors’ house then calling police on them.