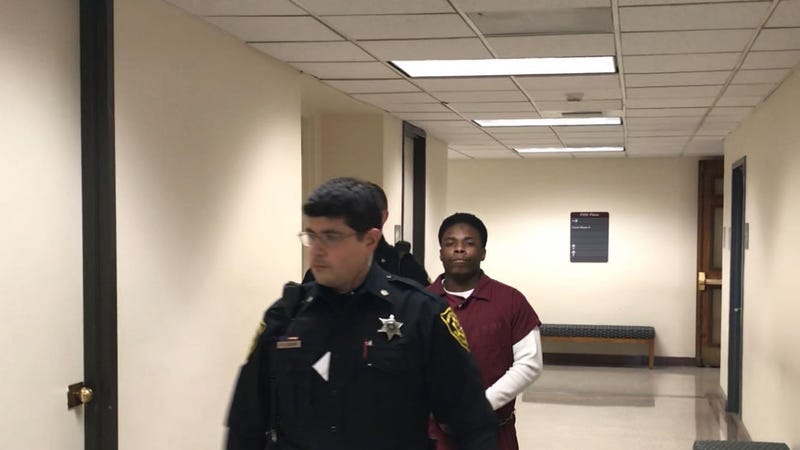 CHELTENHAM, Pa. (KYW Newsradio) — After getting out of jail in Philadelphia for $10, a man received a lengthy prison sentence for what he did after bail.
Antonio Lindsay, 26, has been sentenced to 31 to 62 years in prison for driving 34-year-old Joseph Kohler from Germantown to The Elkins Estate property in Cheltenham, where he walked him from the car into a dark field and shot him in the throat and the abdomen.

Antonio Lindsay leaves #Montco court after learning he’ll spend at least the next 30 years in prison for killing Joseph Kohler last year on the Elkins Estate property. Lindsay killed Kohler because Kohler got pulled over and cops found $4k of heroin on Lindsay. @KYWNewsradio pic.twitter.com/g0NED7tmjt

Two days before, Lindsay was a passenger in Kohler’s car, when Kohler got pulled over by Philadelphia police. They searched the car and found 445 baggies of heroin on Lindsay.

"That’s what he thought Joseph Kohler’s life was worth," said prosecutor Kelly Lloyd, "which goes to the egregiousness of what he did. But it was more so he had to show people he was the boss and you don’t cross him. And when you do, this is what happens."

After he was arrested with the heroin, Lindsay got out of jail in Philadelphia by posting $10. He found Kohler and drove him to Cheltenham, claiming they were going to buy drugs, but instead shot and killed him in a field near the Dominican Retreat House.

He got back in the car and told two men also in the car that they better keep quiet.

i'm listening
I'm Listening: How To Deal With Mental Health When Your Parents Don't Understand
news
4.5-Magnitude Earthquake Rattles Southern California on Friday Night
news
A Surge in Online Shopping for the Holidays Is Already On
sports
David Ortiz Reveals He Had COVID-19: 'This Is No Joke'
news
WATCH: Ducklings Scamper Single File in ‘Quacktastic’ March Outside Police Station
music
'Elf' Star James Caan Reveals Why There Has Never Been a Sequel to the Christmas Classic