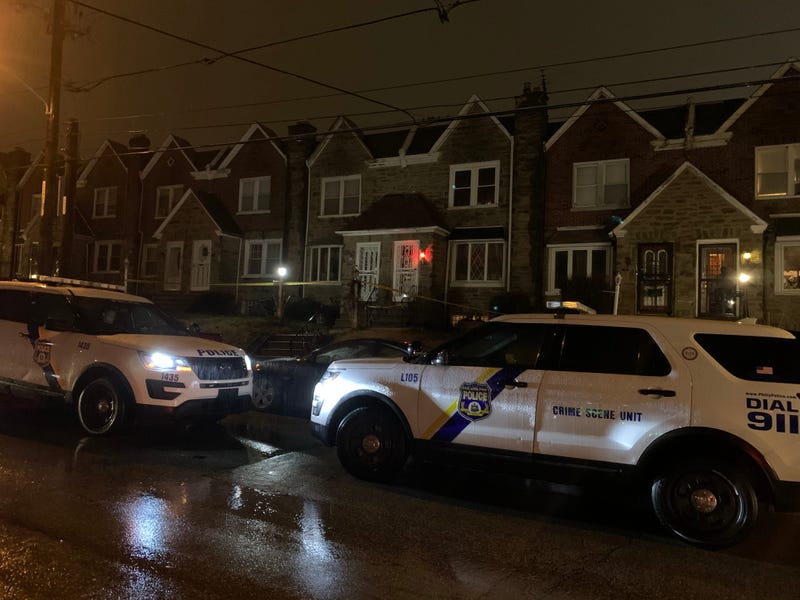 PHILADELPHIA (KYW Newsradio) — A Philadelphia man has been charged after he admitted to killing his father and brother early Tuesday morning in West Oak Lane.

Officers were called to a row home on East Walnut Lane between Ogontz Avenue and Limekiln Pike around 1 a.m., according to police. They said a man called 911 and told the operator that he shot and killed two men.

When officers got to the house, they found the two victims — 83-year-old Arnim Callendar and 59-year-old Ancil Callendar — dead in a basement bedroom.

Sitting in a chair nearby — not far from a 9mm gun — was 62-year-old Anslem Callendar, who told police that he killed them because they were possessed.

The victims lived in New Jersey and were in town for a funeral.

“As soon as he arrived at the homicide unit, he invoked his right for consul,” said Homicide Capt. Jason Smith. “The two victims were staying at the defendant’s house as pertains to a funeral for their cousin.”

"Basically we have a domestic situation gone bad," Capt. Lee Strollo told NBC 10. "He admitted that this incident did occur and turned himself in to police peacefully."

"It's a small block, so we pretty much know all the neighbors. It's a throwback to when you knew your neighbor and everybody knows what's going on. That's why it's a big shock," Cole said. "I hope the family gets through the issue. And I couldn't even sleep last night, because I didn’t know what was happening."

Anslem Callendar is charged with murder, gun charges, and other related offenses. He remains behind bars.