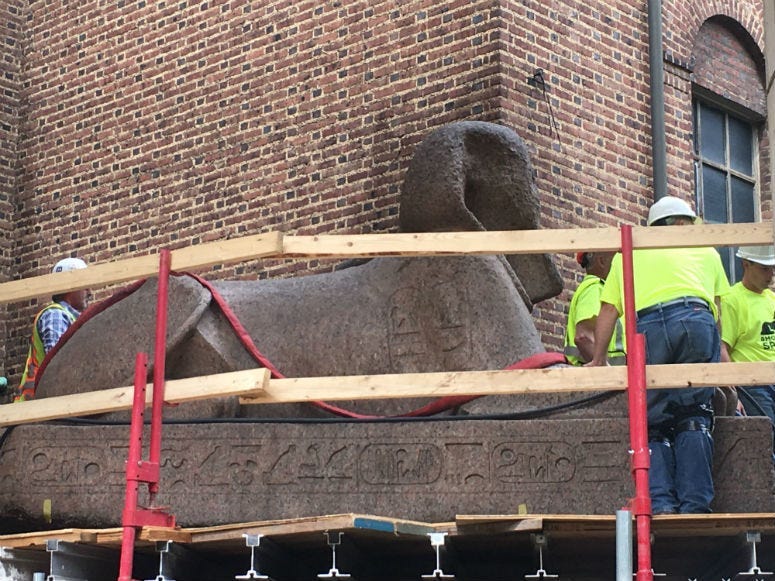 To shift the Sphinx 250 feet from the Lower Egypt gallery, its home for nearly a century, Siggers says crews installed a track on scaffolding in the courtyard.

Using hydraulic gantries, air dollies, a pallet jack and patience, it was a parade of one as the Sphinx exited one window, inched along a couple hundred feet including sharp turns and inclines and, through another window, entered its new digs: the forthcoming main entrance hall.

"It encapsulates where this museum is actually going. Because in November, we will open the first phase in a completely reimagined museum," Siggers said.

It will include renovated galleries and an auditorium. Welcoming visitors will be that 3,000-year-old Sphinx of Ramses II, soon to be the king of selfies.