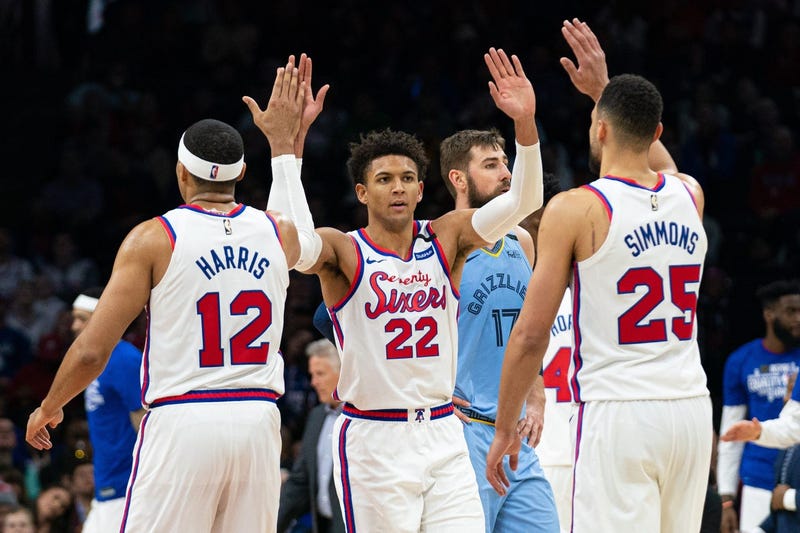 Last Friday, Thybulle shared why it was important for him to participate.

“For me it’s always been really important to just followup, to back your words with actions,” Thybulle said. “Actions speak volumes and it helps to have a guy like Tobias as like a big brother and a teammate and a friend who can be a part of these things and encourage me to do these types of things. Just to also be in a city where the turnout and the passion behind this movement is so strong."

#Sixers rookie Matisse Thybulle on why he took part in peaceful protests against racial and social injustice. pic.twitter.com/YMZUKv3kQT

Thybulle found it to be a huge learning experience.

“There was something special about seeing that many people in one place in support of one thing. It’s one thing to have a lot of voices on the internet, but it’s another thing for people to show up, actually act it out,” he said.

Fellow role player Glenn Robinson III has a foundation, Angels Are Real Indeed, that is focused on helping fathers and families without one.

With the NBA hoping to resume games later this month in Disney World, Robinson III hopes that the league and Players Association will let players bring further awareness to their foundations.

Idea: The @NBA & @NBPA should allow Players to highlight and bring awareness to Player Foundations + Local Grassroots Organizations in the cities we are from during our games with a fundraising/donation tracker. Let’s give the people our platform then! https://t.co/G4wXw5Knzn

And 76ers All-Star Ben Simmons said last week that he and his team are coming up with ideas to create equality in his home country of Australia.

With the season trying to come back in a matter of weeks, many associated with the NBA are using their platform to make real change and end social inequalities.​