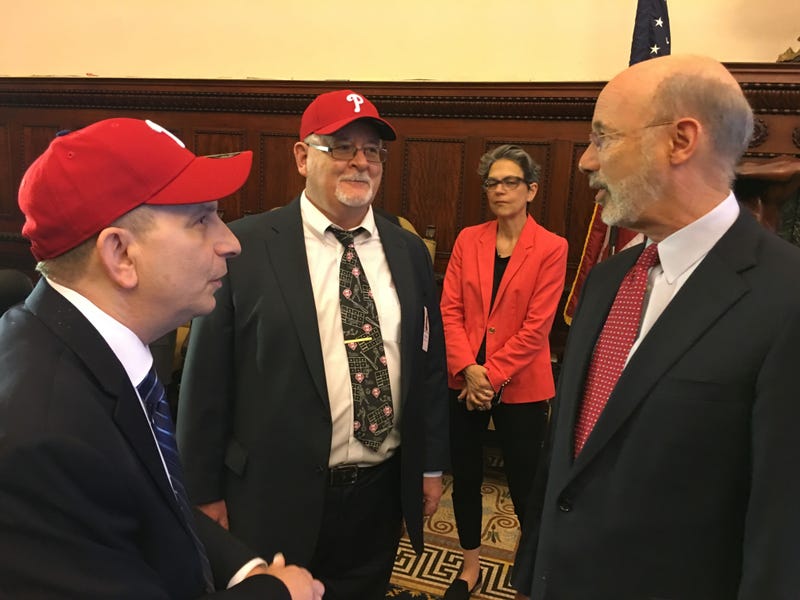 At a City Hall gathering on Friday, Gov. Tom Wolf and Mayor Jim Kenney called this a great injustice to a ballplayer who was ahead of his time.

Now, the politicians are joining the campaign to get the former Phillies slugger inducted into the Baseball Hall of Fame.

"Dick Allen had slurs and epithets thrown at him. And he had to battle not only the opposing pitchers but sometimes his own teammates and his own fans," Wolf said.

"This city was not particularly welcoming to an African-American athlete like Dick Allen," added Kenney, "who spoke his mind and stood up like a man. That was probably true of the entire nation. Many whites thought athletes, particularly those of color, should play the game and shut their mouth."

The Allen campaign is relentlessly driven by Mark "Froggy" Carfagno — a former Veterans Stadium groundskeeper who believes Allen was "the most productive offensive player from 1964 through 1974."

"Better than Hank Aaron," he continued, "Willie Mays, Willie Stargell, Johnny Bench, Ron Santo — all Hall of Famers. They're all in the Hall of Fame. Why isn't this guy?"

Supporters are settled about Allen's statistics, especially when you add in modern-day analytics. But you can't separate the legendary slugger from the man who symbolized the turbulent, racially charged era of the 1960s.

The 77-year-old Allen is one of only 26 players to have been named Rookie of the Year and MVP.