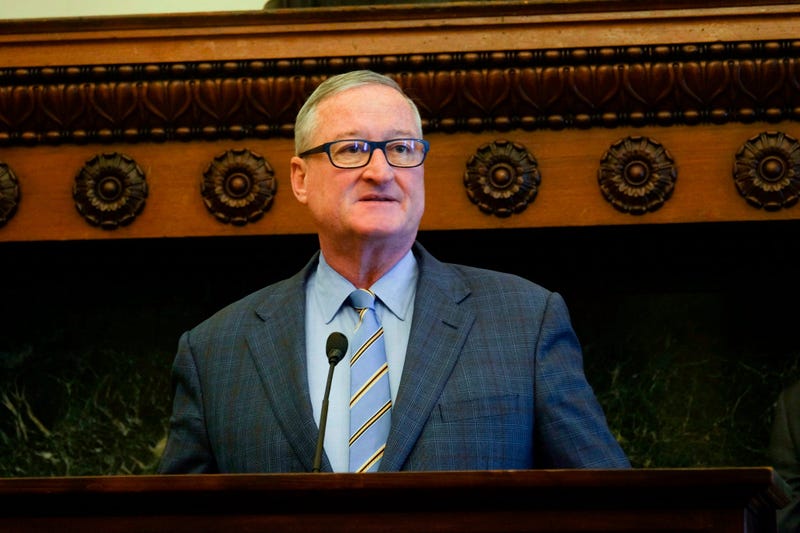 PHILADELPHIA (KYW Newsradio) — Philadelphia Mayor Jim Kenney almost made it through his first term without vetoing any legislation from City Council. But with just a few days left, he's told City Council he won't sign six bills that members passed this month, effectively killing them with what is known as a pocket veto.

"Looking, in totality, at all the pieces of legislation that passed and then looking at these bills specifically, he just didn't feel comfortable signing them," said his chief of staff Jim Engler.

Because there is not enough time for them to become law without Kenney's signature, they will die — an opportunity each mayor gets just once in a four-year term.

"The executive branch gets to have that opportunity to make a determination that they won't support the bills," said Council President Darrell Clarke. "We look forward to the resumption of City Council in January. Hint, hint."

The bills include two tax relief measures: One an expansion of the homestead property tax exemption for homeowners, and the other a wage tax reduction for low-income workers through the expansion of an existing credit.

The administration had testified against both bills.

On the homestead expansion, officials say they wanted it to be part of the regular budget process this spring. As for wage tax relief, the administration said it did not believe a credit was the best way to provide a reduction.

"We absolutely agree in principal, we should be reducing the wage tax burden on low-income residents," Engler said.

But he said the tax credit is difficult for the city to administer and for workers to access.

"Just doubling down on that didn't make sense to us," Engler added.

"Your response to say that the program would be 'difficult to administer' is nothing more than a bureaucratic excuse," he said in a letter to Kenney. "This bill would provide relief for individuals and families who for decades have struggled to put food on the table, cover medical costs and pay all other bills — primarily because Philadelphia taxes its poor higher than any other U.S. city."

Another of the vetoed bills, championed by Clarke, would have codified the custom of allowing civic groups to negotiate Community Benefits Agreements from developers to get their approval for a project.

In his veto letter, the mayor said the city has no role in those negotiations, and he had concerns about the role of Registered Community Organizations (RCOs) in the process.

"Since the adoption of the new Zoning Code there has been debate within the Administration and City Council on the role of RCOs," he wrote. "While they serve an important purpose, we as a government have not done enough to ensure that standards of process and conduct are followed by these organizations."

"Community members, developers, stakeholders, the business community all testified in favor of the bill," he said. "I don't understand it. We want to make sure there's some level of transparency and an inclusive process that gets everybody engaged."

The mayor also declined to sign a bill banning food trucks on the 3400 block of Market Street near Drexel University, after 7,000 residents signed a petition on Change.org, asking that the trucks be allowed to stay.

The two other bills that went unsigned granted exclusionary zoning for Society Hill that the mayor said would, among other things, inhibit creation of new affordable housing in an area that is transit oriented, accessible to jobs and designed for multiple units.

Again, the administration had testified against the bills, but Clarke says he was surprised by all of the vetoes and pledged to revisit the measures when the new Council begins its term in January.