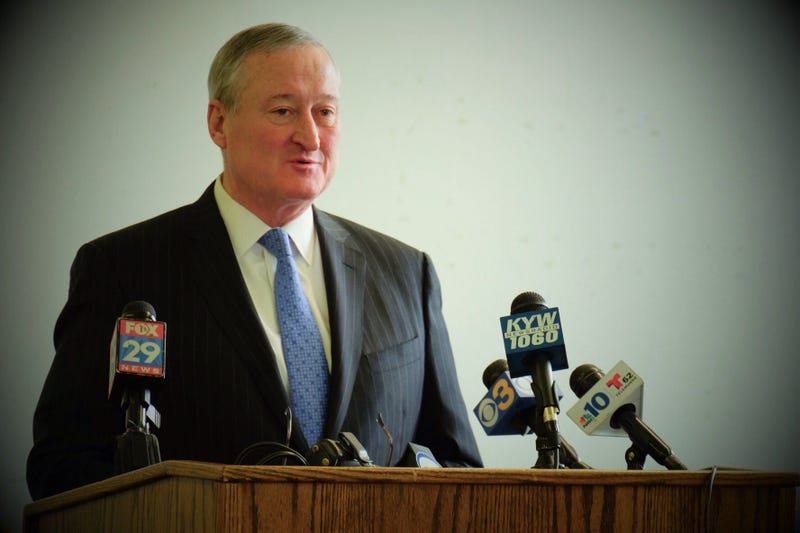 March 7, 2019 03/07/2019 9:00 am
PHILADELPHIA (KYW Newsradio) — Philadelphia Mayor Jim Kenney is expected to propose a $5 billion budget to City Council Thursday morning with no new taxes and relatively modest spending increases, avoiding controversy in a year when he and all of City Council are up for re-election.

The biggest increase is $54 million in the police department budget to pay for raises awarded by an arbitrator in the new contract. Another hefty increase is $33 million extra in the city's contribution to the school district. Pension costs are up by nearly $30 million.

The mayor moved funds around in the current year's budget so he could start new programs aimed at combating opioids and reducing violent crime. He proposes fully funding them for next year.

He also proposes an increase in library funding, though not what advocates have been lobbying for and they have said they will protest at City Hall before the budget address.

Budget director Anna Adams says the budget also contains, for the first time in many years, money for a regular street cleaning program.

"Continuing a pilot that's starting in the spring, focusing on those neighborhoods that the litter index identified as being the ones that most needs being cleaned," Adams said.

READ: Bill before City Council would speed up building permits — for a price

The budget also provides funding for new voting machines and increases in the cost of recycling.

The bulk of the city's revenue continues to come from the wage tax, but the mayor intends to keep reducing the rate gradually so projects it will bring in $136 million less.

Finance director Rob Dubow says the city's in better shape financially than its been for several years, but it still has challenges.

"We still have huge unfunded pension liability, we still have lower fund balances than the government financial officers recommend, but we think we're heading in the right direction," Dubow said.