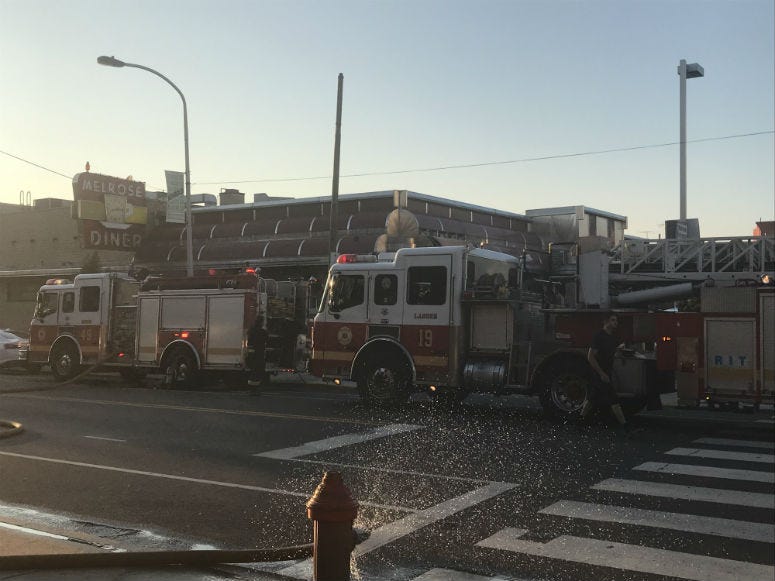 Paige Clark says she was just coming back in to the diner from her break when she noticed something wasn't right.

"Smoke started building up in the restaurant, so customers started getting up and leaving," she said.

The server, who has been at the restaurant for a little more than a month, says she immediately jumped into action.

"I looked down and there's this plastic thing on fire, so I get water, put that out, but the fire wouldn't stop and it got more cloudy and built up," she said.

Like other workers and their faithful customers, Clark is still trying to figure out just what happened.

"It started from the wall. So maybe was an electrical thing, you know, this diner's been here forever."

A fire at the famous Melrose Diner in South Philly shutdown the restaurant. Workers and patrons look on as fire crews put out the blaze @KYWNewsradio pic.twitter.com/jP8YH3qeZl

Louis stood and watched in disbelief as firefighters made quick work of the fire. They were able to contain to just part of the restaurant.

Clark says right now, she's just happy that nobody was hurt and the diner was kept intact.

"Hopefully they can fix it up soon," she said.

Firefighters are investigating the cause of the fire.