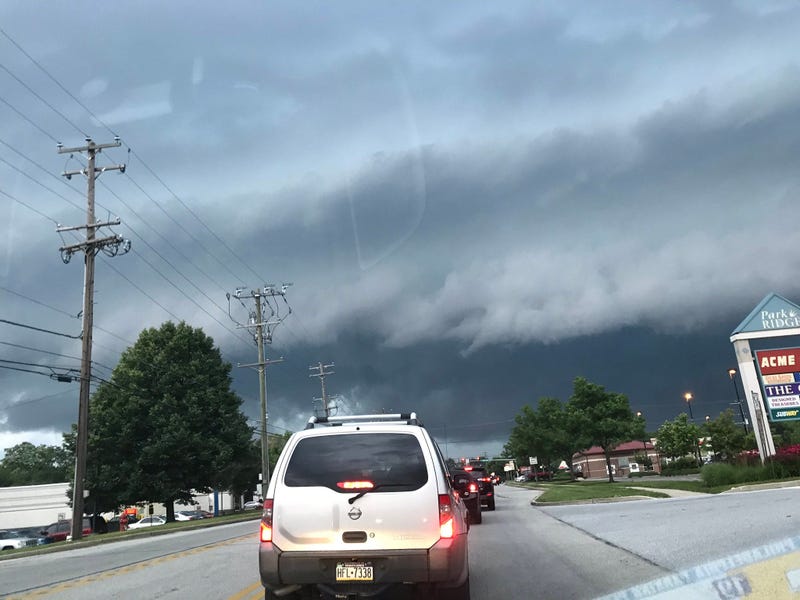 May 29, 2019 05/29/2019 9:46 pm
PHILADELPHIA (KYW Newsradio) — Tornado watches and warning have barreled through the greater Philadelphia region this week, but the unusual weather is not unprecedented.

Sarah Johnson, a meteorologist with the National Weather Service in Mount Holly, New Jersey, said it's not uncommon for tornadoes to pop up in our area.

What is unusual, however, is the number of tornadoes we've seen so far.

"Our season so far has started off very quickly. Pennsylvania has already exceeded their average number of tornadoes in a year," she noted. "Our season typically peaks in July and we've already seen quite a bit of severe weather, and we're not even into June yet."

In order for a tornado to form, the conditions have to be precise.

Johnson recommends taking severe thunderstorm warnings just as seriously as you would a tornado warning. If you happen to be in a severe weather zone, the safest place to be during a tornado is in an inner room in your basement or first floor.

"Exterior walls are going to be the most vulnerable, so it is safest to be in a small, interior room in a well-built structure," she advised. "The winds are going to be spinning and you're looking at damage along a narrower path, whereas with straight-line winds" in severe thunderstorms, "typically we see damage in the same direction, and it can be over a wider area."

As tornado warnings continue, many in Bucks and Montgomery counties are experiencing power outages.

PECO spokesperson Afia Ohene-Frempong said if you are in an area with downed power lines or poles, use extra precaution.

"We definitely encourage everyone to stay far away from any down wires or PECO equipment, and when we say far away, we mean 10 feet or more, because sometimes you can have the road activated if that wire is activated," she said.

Ohene-Frempong said they started preparing their systems long before any major storms came into the forecast.

"To harden our system, to swap out old cables with new, better tree-resistant and storm-resistant cables, to add innovative equipment that can restore energy a lot faster than it could in the past," she explained.

Even though our region is used to seeing a lot more power outages during major storms, PECO said it is working just as hard to make sure everyone has power.

"Whether its 10,000 or 10, any outages that we face we're going to send our guys out as quickly and as safely as possible," Ohene-Frempong said.

If you do lose power, there are a number of ways you can check on your area's status or let PECO know that you're in the dark.

"We encourage people to download the app. Keep your cellphone and your tablets charged. You can also sign up for alerts, if you want to get text alerts, or email alerts or even phone call alerts," she said.

To see where the power outages are, click here.