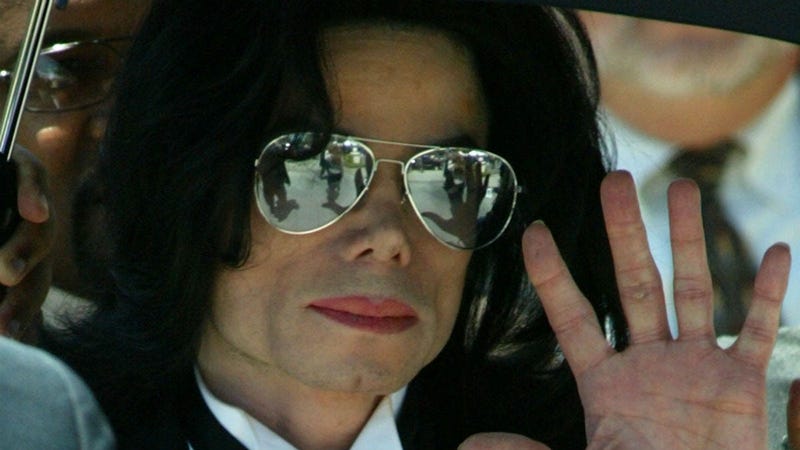 March 6, 2019 03/06/2019 1:37 pm
By James Griffiths, CNN
(CNN) -- Radio stations in New Zealand and Canada have dropped Michael Jackson from their playlists, following new accusations of abuse by the late pop star in the documentary "Leaving Neverland."

In the two-part film, which began airing on HBO on Sunday, Wade Robson and James Safechuck accuse the singer of sexually abusing them over a period of several years when they were children. Jackson's estate has pushed back against the film, calling it a "public lynching," and is suing HBO, which shares a parent company with CNN, Warner Media.

While some fans have taken to the singer's defense on social media, others have expressed support for his alleged victims, and have discussed feeling uncomfortable about listening to Jackson's music in the wake of the allegations.

"Michael Jackson isn't currently on any MediaWorks Radio stations' playlists," Leon Wratt, the company's director for radio, said in a statement. "This is a reflection of our audiences and their preferences -- it is our job to ensure our radio stations are playing the music people want to hear."

Rival broadcaster NZME also will not be playing the late pop star's music. "NZME station playlists change from week to week and right now Michael Jackson does not feature on them," NZME entertainment director Dean Buchanan told the New Zealand Herald, which is owned by NZME

A spokesman for Radio NZ, a publicly-funded broadcaster, said it would only play Jackson if it was "part of a news story or to provide color around a commentary piece."

In Canada, three major Montreal-based radio stations have also stopped playing Jackson's music, according to Canadian news outlet CBC. Other stations in Canada are reported to be monitoring the situation.

On Monday, Oprah Winfrey interviewed Robson and Safechuck, after the second part of the documentary aired on HBO.

During the interview, Robson said that as a child he'd had "no understanding that what Michael did to me sexually was abuse."

"The grooming had started long before we ever met," he added, citing Jackson's stardom and his image.

Winfrey told her studio audience, which included more than 100 abuse survivors, that "for me, this moment transcends Michael Jackson."

"This is a moment in time that allows us to see this societal corruption. It's like a scourge on humanity," she said. "If it (the film) gets you, our audience, to see how it happens, then some good would have come of it."