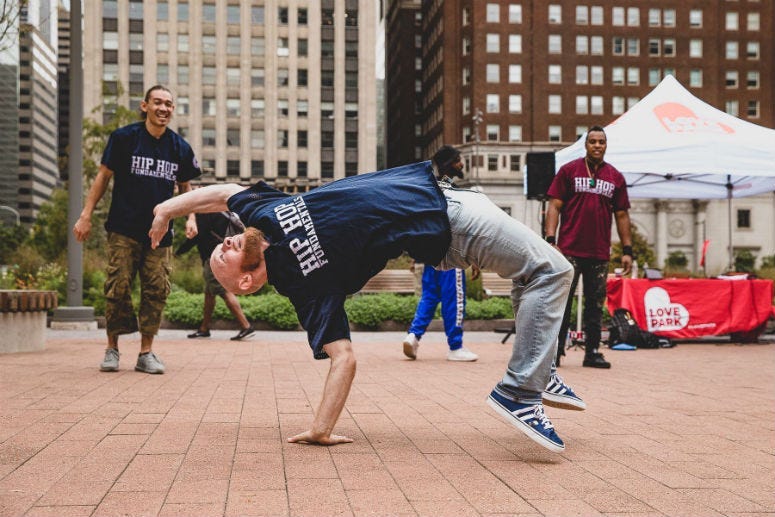 Mark Wong, co-director of Hip Hop Fundamentals in Philadelphia,a says having an Olympic audience on breaking would certainly reinvigorate this art form.

"My first thought was excitement, immediately followed by 'oh man, a lot of the hip hop community will probably have some push back against it,'" Wong said.

But Rennie Harris, founder and artistic director of Rennie Harris Puremovement, says there's the risk that the true soul of this art form would be lost.

"The founders are really not part of that process. So now you're gonna have all those sort of European judges, white folk being the judges of what we have created," Harris said.

Steve "Believe" Lunger says there's a history to breaking dating back to the 70s and the poor kids in the Bronx who created it.

"And we have to continue to keep that connection. Try to understand it in our own lives, how we can use this art form to speak truth to power," Lunger said.

But Wong says with a reinvigorated audience, perhaps there will be newfound interest in breaking that could open the door to new opportunities.