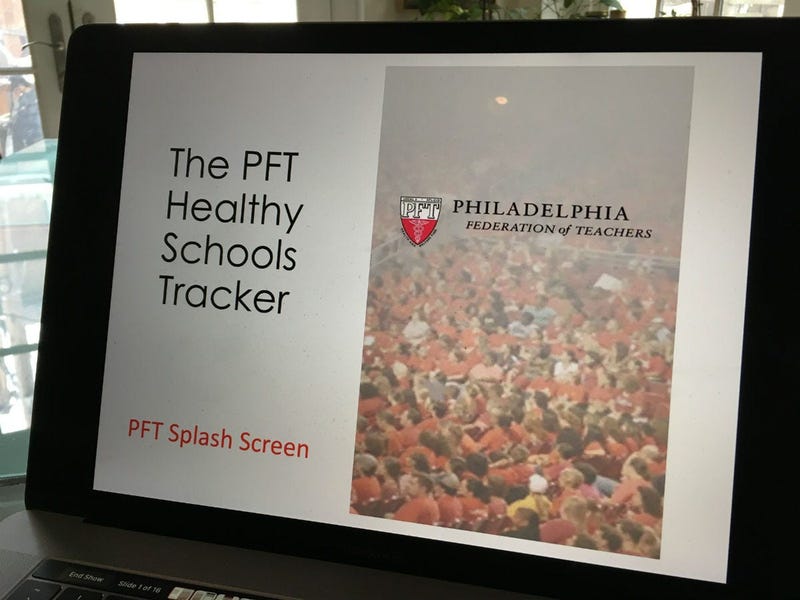 There are countless problems plaguing Philadelphia's aging school buildings. Now, a free app allows users to report issues such as mold, flaking lead paint, or classrooms that are too hot or too cold.

"What you're asked to do is tell us what school you're at, what floor you're on, what room you're in. What's the problem type that you're facing?" said Jerry Roseman, an environmental scientist for the Philadelphia Federation of Teachers (PFT) Health and Welfare Fund.

Roseman says users of the PFT Healthy Schools Tracker can also submit a picture of the problem.

"What I worry about is that something is reported on the app that really should be reported through the building engineer and doesn't come to us as quick as possible," he said.

Creedon says building issues reported through the union app are checked to see if they're already in the district's maintenance pipeline.

Roseman says by compiling information about building issues, the union may be able to identify trends that could lead to efficiencies when the problems are fixed. But Creedon says that's something the district already does.

The app is currently available for Apple devices. Roseman says an Android version is expected soon.