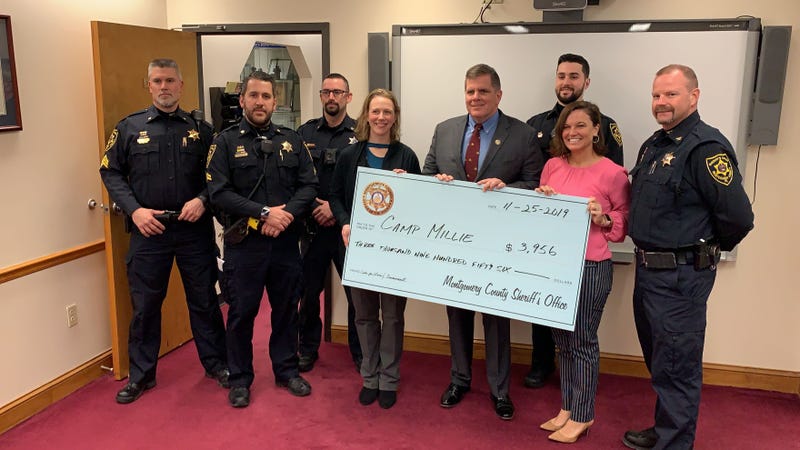 November 25, 2019 11/25/2019 8:01 pm
NORRISTOWN, Pa. (KYW Newsradio) — Montgomery County sheriff’s deputies typically have to follow a no-facial hair policy, but for the last few weeks, some of them have been forgoing the razor in the name of No-Shave November and a cause close to their hearts.

The month-long, national campaign raises money and awareness for cancer research and prevention. The deputies raised a record amount this year — $3,956 — which will go toward Camp Millie, a camp for children who have lost a parent or sibling.

The camp means a lot to Sheriff’s Deputy Bryan Lukens, who lost two of his three children in a house fire in December 2017. Lukens’ other child went to Camp Millie.

“We bring the kids together to form connections with each other,” said Camp Executive Director Emily Vincent, “and to learn all different kinds of ways of coping with their grief and having a safe emotional outlet for their feelings.”

Vincent said the fundraiser is not only a way for the deputies to give back and show support for “the grieving children in the community, but also to support one of their fellow sheriffs who experienced loss in his family.”

Montgomery County Sheriff Sean Kilkenny said they chose Camp Millie for a second year in a row to honor Lukens and his family.

“Deputy Lukens and his family suffered an unimaginable tragedy,” he said. “We wanted to reach out to Camp Millie because we know it’s been supportive to the Lukens family and other families throughout Montgomery County.”