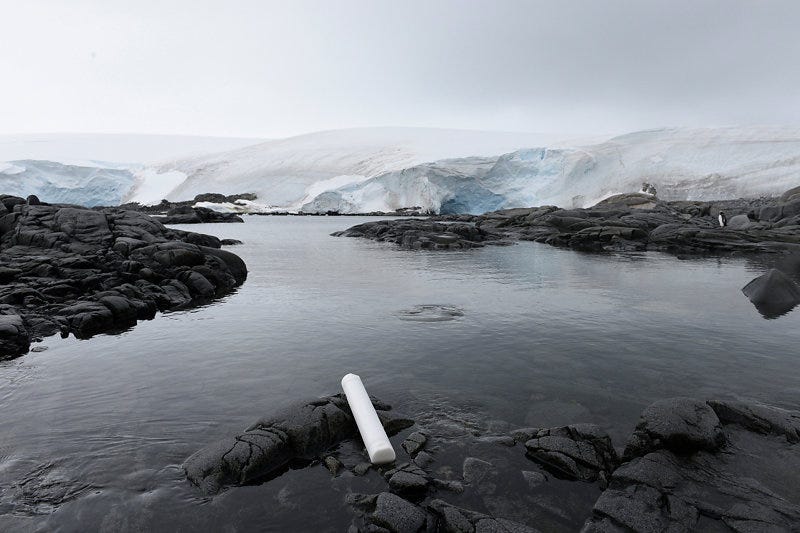 The capsule was deployed last month by a team near the Princess Elisabeth Antarctica Research Station, which includes a little piece of the City of Brotherly Love.

The "Letters to the Future" art project is the latest work by Montreal-based artist Jessica Houston.

"I thought of it sort of like a gift to the future," she explained. "I wanted (to include) people who I find inspiring."

READ: US-built capsule with a dummy aboard docks at space station

Houston chose 22 contributors, including scientists, politicians and cultural figures. She had each seal their message in an envelope.

"That idea that we can't really know exactly what the people have written is something very specific to the intention of the work — that it's withheld from now, but it's given to the future," she added.

"I won't be around to experience this, and I've written something that potentially nobody will read. And if someone does, it'll be somebody I'll never meet — it's far into the future," she said. "I really love the uncertainty and the mystery around this project."

Part of the mystery of the project is that no one knows what's written inside the 22 sealed envelopes. Pindyck said writing for a reader she'll never know reminded her of how humans are connected to other species in our little slice of cosmic time.

"It was a poem that I sat down to write to the future as I hoped for it to be, as I imagined it to be and as it probably will not be," she added.

Pindyck is considering using the exercise of writing for a future audience in her classes at Moore.