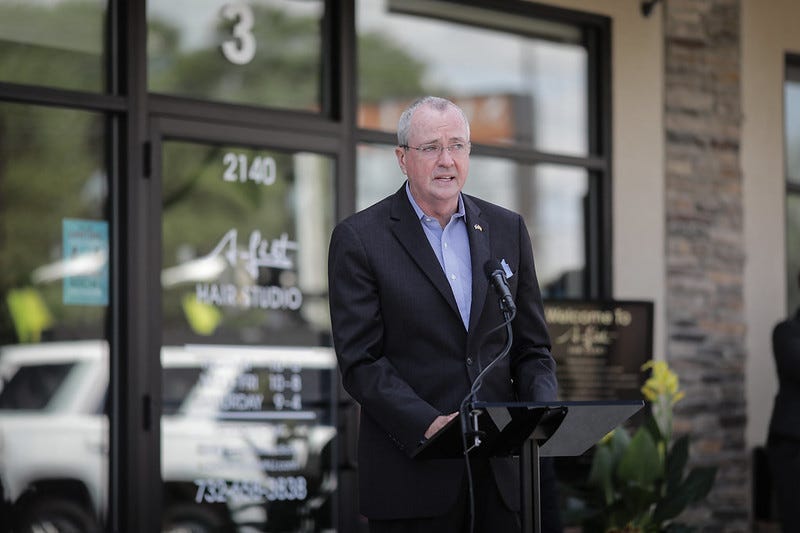 PHILADELPHIA (KYW Newsradio) — New Jersey is adding millions to a fund to help small businesses hammered by the coronavirus.

Standing outside a North Brunswick hair salon, Gov. Phil Murphy announced that $15 million in federal CARES Act funding is now available for small business grants of up to $10,000 each.

The money is being distributed by the New Jersey Economic Development Authority, and CEO Tim Sullivan said the Small Business Emergency Assistance Grants are in high demand.

“This money will go fast and it will go far,” Sullivan said.

The state has already given out $44 million in grants to nearly 11,000 businesses.

Murphy said the money will be used to fill the backlog of thousands of businesses still waiting for grants, and that applications for new grants were not being accepted.

“To say we were oversubscribed, I think, understates the case. There’s a lot of unmet demand and Tim and his team will just go back and chop through that list,” Murphy said.

On the virus front, Murphy noted while the state’s test positivity rate is low, there’s been another uptick in the rate of transmission to 1.12.

“When you hear about house parties and other flare-ups that we’re seeing when you look at the raw numbers, it’s a mixed bag,” he said.