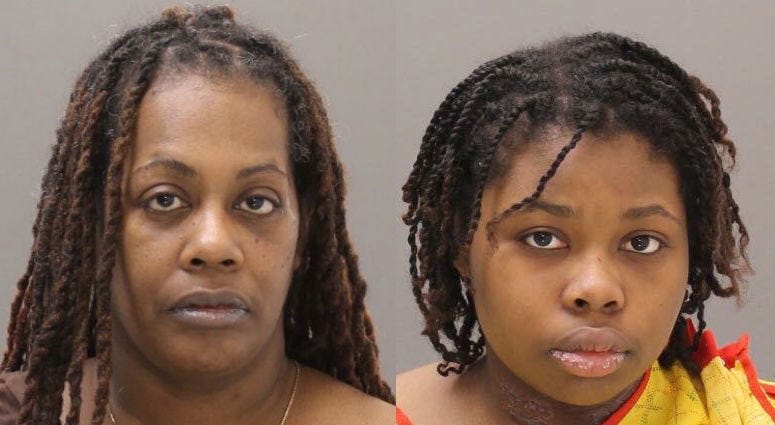 DOYLESTOWN, Pa. (KYW Newsradio) — Nearly one year after a mother and daughter were charged with killing five family members in a small Morrisville apartment, the pair made their first public appearance in Bucks County court on Tuesday, where they both pleaded not guilty.

Shana Decree, 46, and her daughter, Dominque Decree, 20, are each charged with five counts of first-degree murder and one count of conspiracy to commit murder.

The deadline to file to seek the death penalty has been extended to March 20.

Although the death penalty remains on the table, prosecutor Christopher Rees said it’s unclear if they’ll pursue it.

“This is the most severe case that I’m aware of in Bucks County with regard to total loss of life,” he said. “And that’s compounded by the fact three of the individuals who were murdered were children.”

“When you’re dealing with a case that involves this level of seriousness … you have to consider all of the potential outcomes.”

The two are charged with killing Shana Decree’s 42-year-old sister, Jamilla Campbell; two of Shana Decree’s children, 25-year-old Naa’irah Smith and 13-year-old Damon Decree; and Campbell’s 9-year-old twins, Erika and Amani Allen. All died by asphyxiation except for Campbell, who was strangled.

Shana Decree is quoted in charging documents saying that everyone, including the children, wanted to die. While an official motive has not been revealed, rumors suggest it may have been a suicide pact in some sort of cult.

Rees admitted that even he wonders how something like this happened.

“This word gets bandied about a lot in this case, and it’s unfortunate and it’s irritating because what it does in my mind is it absolves these people of some level of responsibility,” said Rees.

“At the end of the day, what’s much more important to me is that I’m able to look in the eyes of the parents of the victims or their loved ones or their friends and say to them, ‘Justice has been served when it comes to the people who did this to you.’ ”

A trial date is set for June 8.