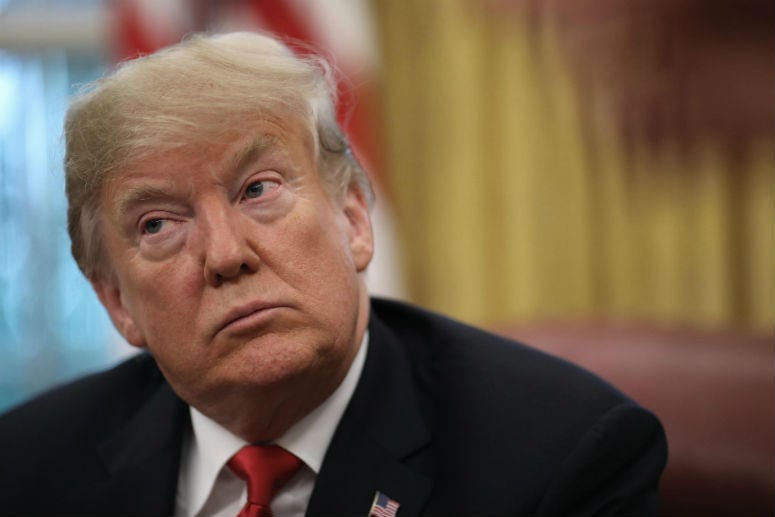 January 19, 2019 01/19/2019 1:07 am
By Katelyn Polantz and Caroline Kelly, CNN
(CNN) -- Special counsel Robert Mueller's office disputed an explosive story from BuzzFeed News as "not accurate" Friday night, after the news outlet reported the President had directed his personal attorney Michael Cohen to lie to Congress, for which Cohen was later prosecuted.

"BuzzFeed's description of specific statements to the Special Counsel's Office, and characterization of documents and testimony obtained by this office, regarding Michael Cohen's Congressional testimony are not accurate," said Peter Carr, a spokesman for Mueller's office, in a statement.

It's highly unusual for the special counsel's office to provide a statement to the media -- outside of court filings and judicial hearings -- about any of its ongoing investigative activities.

In response, BuzzFeed said in its own statement, "We are continuing to report and determine what the special counsel is disputing. We remain confident in the accuracy of our report."

"We stand by our reporting and the sources who informed it, and we urge the Special Counsel to make clear what he's disputing," he tweeted.

But following the story's publication late Thursday night, Democratic members of Congress began pointing to the report as grounds for the President's impeachment. The clamor grew throughout the day and into Friday night.

The BuzzFeed story, by reporters Jason Leopold and Anthony Cormier, asserted that Cohen had told special counsel investigators that "after the election, the president personally instructed him to lie — by claiming that negotiations [for a Trump development project in Moscow] ended months earlier than they actually did — in order to obscure Trump's involvement," BuzzFeed wrote, attributing its assertion to two law enforcement sources.

The sources also said the special counsel's office had corroborating Trump company emails, text messages and other documents, though the BuzzFeed reporters were unclear Friday in television interviews about whether they had seen the documents described in their story.

The special counsel's office did not go into detail about which parts of the BuzzFeed story they were calling untrue. The BuzzFeed story made several other claims that remain uncorroborated by other media outlets regarding Cohen's lies to Congress and communications with Mueller.

The White House and the President's personal lawyers pushed back on the story throughout the day Friday.

"Remember it was Buzzfeed that released the totally discredited 'Dossier,' paid for by Crooked Hillary Clinton and the Democrats (as opposition research), on which the entire Russian probe is based!" he tweeted. "A very sad day for journalism, but a great day for our Country!"

Steele worked for the intelligence firm Fusion GPS, which was retained by Perkins Coie, the law firm for the Hillary Clinton campaign and the Democratic National Committee. Intelligence officials have said the dossier was one of several sources of information supporting the Russia investigation.

Trump's attorney Rudy Giuliani praised Mueller for issuing the disputing statement, and accused the press of showing bias against Trump in its coverage of the BuzzFeed report.

"I commend Bob Mueller's office for correcting the BuzzFeed false story that Pres. Trump encouraged Cohen to lie," he tweeted. "I ask the press to take heed that their hysterical desire to destroy this President has gone too far. They pursued this without critical analysis all day. #FAKENEWS"

Donald Trump Jr., the President's son, tweeted his reaction to Mueller's office's statement with a slew of cartoon smiling faces that were crying with laughter, as well as a thumbs up sign.

Rep. Mark Meadows, chairman of the conservative House Freedom Caucus, said Mueller's statement shows why the special counsel should release his final report quickly to end speculation about its contents.

"Today's development only underscores the need for the special counsel to wrap this investigation up immediately," the North Carolina Republican tweeted. "The constant secrecy and breathless speculation helps no one. It's been 20 months — enough is enough. Wrap it up. Show us what you have."

The President did not immediately respond to the statement, but he began retweeting supporters who were reveling in the statement.

A Trump Organization source insisted Friday to CNN that the company knew of no documents regarding the proposed Trump Tower in Moscow that reflected conversations about the matter after January 2016.