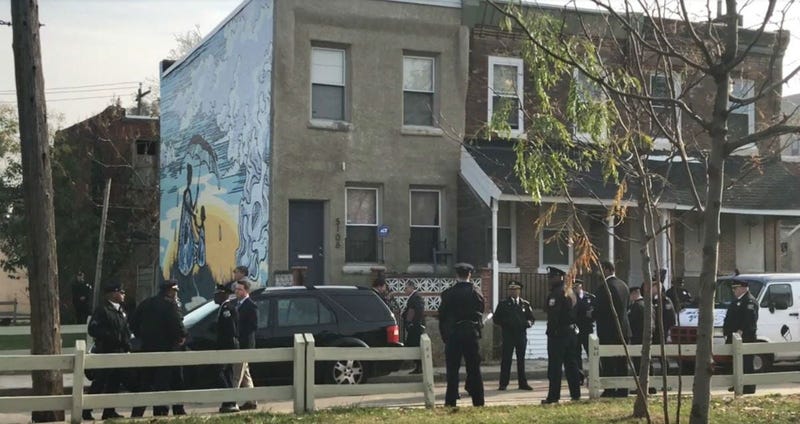 PHILADELPHIA (KYW Newsradio) — A judge has upheld murder charges against one of the suspects accused of killing four people inside a West Philadelphia basement in November 2018, following the chilling testimony about the murders.

A homicide detective read texts between the defendant, Keith Garner, and another suspect, Jahlil Porter, calling the victims — 17-year-old Yaleah Hall and 20-year-old Tiyaniah Hopkins — "little bitches" and claiming they "cleaned up any problems" during a robbery.

The sisters, along with stepbrothers Akeem Mattox and Maurice Taylor, were found shot execution-style inside the basement of a home on Malcolm Street, near 51st Street.

An autopsy report shows Taylor was also shot in the neck and chest.

Prosecutors say the men were selling three bundles of heroin — with a street value of about $120. Instead, Garner, Porter and another man, Robert Long, murdered the four victims.

Shaking in the chair, Garner’s girlfriend testified to what he told her about that night: One of the girls ran to the basement to dial 911 and the rest of them followed, and that’s when the killings happened.

She also told the judge that Garner sent a picture of a brown revolver in between his feet to her that night. She said she wanted nothing to do with the entire situation, or Garner. She eventually deleted all texts between the two.

Prosecutors also played a phone call between Garner and his girlfriend, as well as parts of two recorded interviews.

The defense tried to poke holes in the testimony of the witnesses, and questioned another man, Nasir Moss-Robertson. Murder charges have since been dropped against Moss-Robertson after authorities say they corroborated his story. He is charged, however, with narcotics and conspiracy offenses.

A longtime childhood friend of Mattox also took the stand, saying he found the front door to Malcolm Street house ajar. He later told detectives Porter was in the home with him, the victims and another girl earlier that day.

Porter and Long have also been charged with the four murders, but they waived their preliminary hearings and will move on to trial proceedings.

Garner's arraignment is set for later this month.