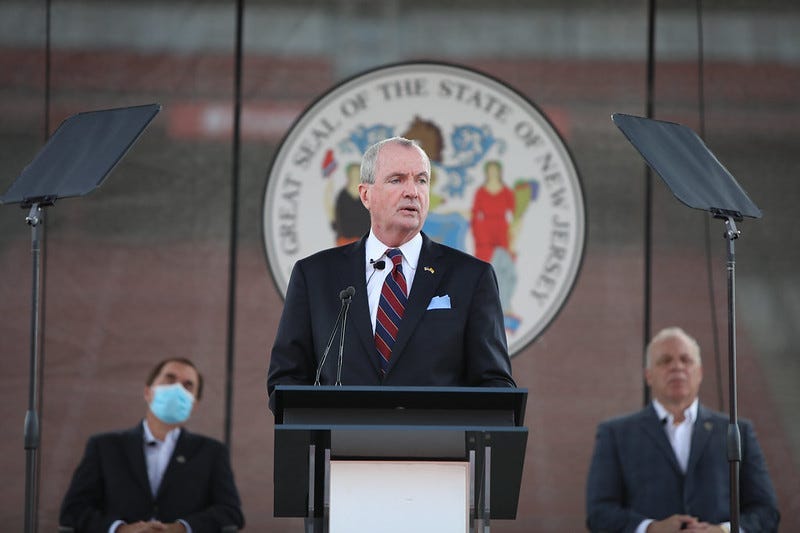 PHILADELPHIA (KYW Newsradio) — Gov. Phil Murphy said he and legislative leaders have cut a deal to raise taxes on millionaires in New Jersey. As part of the agreement, middle class households will receive $500 tax rebates.

“We do not hold any grudge at all against those who have been successful in life,” Murphy said at a news conference Thursday. “But in this unprecedented time when so many middle class families have sacrificed so much, now is the time to ensure that the wealthiest among us are also called to sacrifice.”

The plan would raise income taxes on millionaires, but it also gives $500 tax rebates to single people with at least one child making up to $75,000, and families making under $150,000.

“This is up to $500 that an estimated 800,000 New Jersey families can put directly in their pockets,” Murphy said.

“Until he came to me, I wasn’t really there,” Sweeney said. “But helping middle class families makes all the sense in the world at this time.”

“It wasn’t a political thing about the governor or me,” Sweeney said. “It was, I had a problem with it and the timing. But the pandemic hit. And things have changed.”

Murphy made raising the millionaires tax a campaign promise, but the Democratic-controlled legislature twice failed to approve it.

The final phases of New Jersey’s nine-month budget are still being worked out.

The governor has called for $1 billion in tax increases and $4 billion in borrowing to blunt the revenue losses from the pandemic.