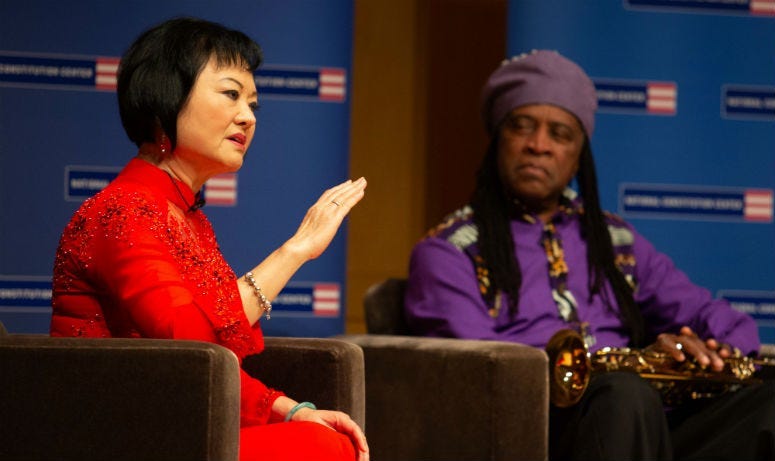 December 6, 2019 12/06/2019 11:52 pm
PHILADELPHIA (KYW Newsradio) — It's a photograph many say lead to the end of the Vietnam War: The Pulitzer Prize-winning picture shows a naked girl running towards the camera after a napalm bomb is dropped on her village in 1972. That girl is now a 56-year-old woman who tours the world, speaking about the impact of war, and the activist is in Philadelphia this weekend.

Kim Phúc was the girl in the photo. She told an audience at the National Constitution Center that her faith helped her to heal emotionally.

She talked about the day of the bombing, about thinking of ending her own life, converting to Christianity and learning how to forgive.

She said that was put to the test in Washington in the 80s when she met the coordinator of the napalm bombing.

"I will never forget the words that he say. 'Please look at my eyes so you can see the sorrow that I carried on for 24 years.' And we hugged eachother and we embraced eachother, and we cried," Phúc recounted.

She told him she forgave him.

Phúc said she talks with children and adults around the world and shows them her scars and that iconic photo.

"Why I still alive? That is the question I always ask before, why I didn't die in those four bombs," she said.

Love, hope and forgiveness will always be more powerful than any kind of bomb, she added.