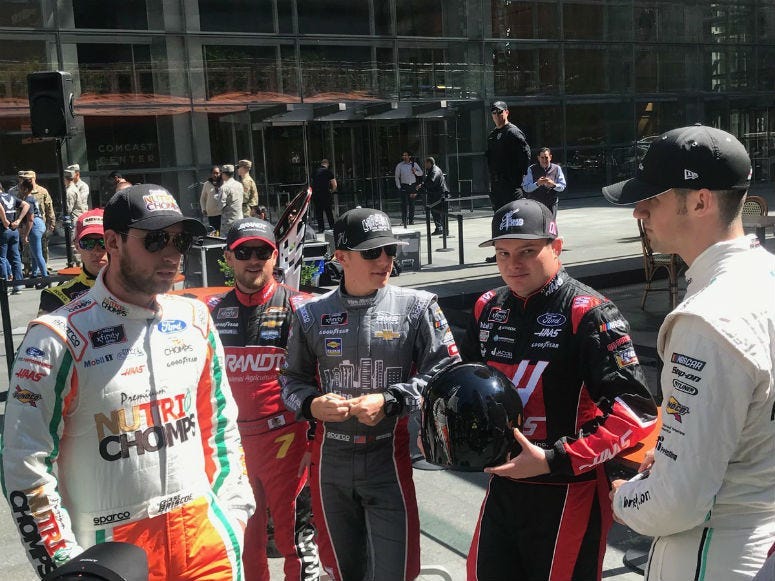 Before jumping into their race cars and taking to the streets, 17 NASCAR drivers signed autographs and met with their fans.

"It's pretty neat. Just being able to come out here sign autographs, do meet-and-greets. I feel like our sport is one of those sports that you get more access than most other sports around," said John Hunter Nemechek, one of the drivers signing autographs.

There were tire changing demonstrations and smoke outs, followed by a parade through Center City, including around City Hall.

"I love the science part of it I love the aero dynamics about it that's really interesting to me," said 18-year-old Avaunte Walker of West Philadelphia, who wants to be a NASCAR driver one day.

He is currently working with a race team and plans to eventually go to the NASCAR institute in North Carolina.

He says there is no other career he would rather pursue.

Don’t you wish these guys are around if you get a flat tire? #NASCAR #Philly #potholes pic.twitter.com/tss53qnwk1

The racers were in town promoting the upcoming races at Pocono Speedway and Dover International Speedway.