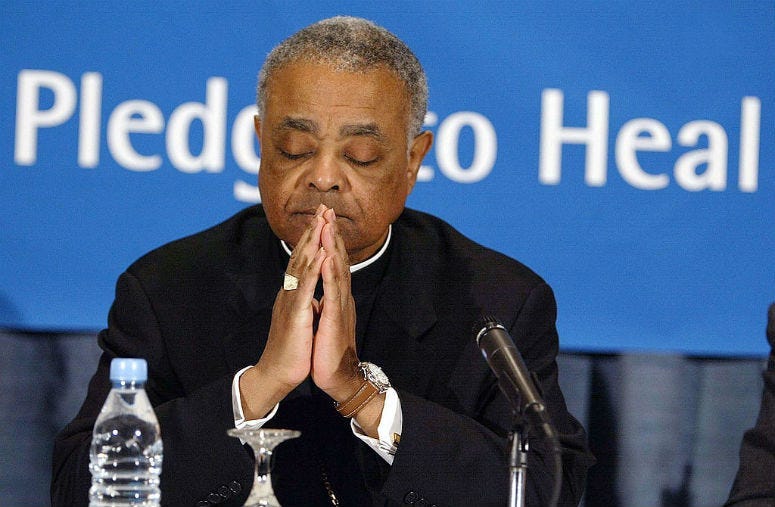 PHILADELPHIA (KYW Newsradio) — The longtime archbishop of Atlanta has been tapped by Pope Francis to lead the Archdiocese of Washington.

"I see this appointment as an appointment to be the pastor of the Archdiocese of Washington. I was not elected to Congress," said Archbishop Wilton Gregory.

Gregory has been named the seventh archbishop for the Archdiocese of Washington — the seat of America's national government.

He succeeds disgraced Cardinal Donald Wuerl, who became engulfed in the Pennsylvania clergy sex abuse scandal last year when he was cited in a statewide grand jury report for cover ups during his tenure as leader of the Pittsburgh diocese.

The 71-year-old Gregory, a native of Chicago, is a former president of the nation's bishops conference and was instrumental in drafting a zero-tolerance policy for clergy abuse back in 2002.

"If the pope did not choose wisely here, Francis' pontificate here in terms of the United States could have been over with this appointment," Palmo said.

Palmo says Gregory will help to calm the storm that has been swirling for months in Washington, D.C., because of both the Wuerl controversy and the defrocking of former Washington cardinal Theodore McCarrick.

In a statement, Philadelphia Archbishop Charles Chaput said, "The clergy and people of the Church in Philadelphia send their prayers, warm best wishes, and congratulations."

Gregory will be installed in his new role on May 21.