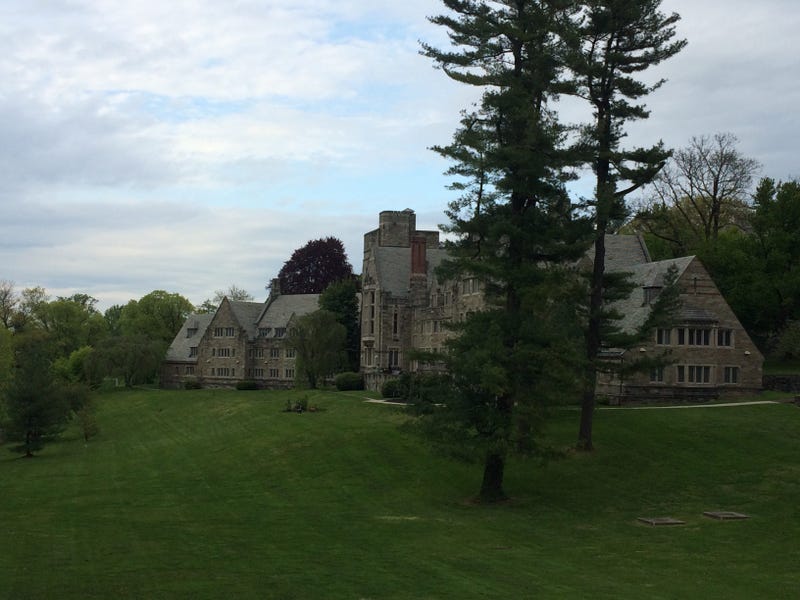 It’s called “Homes and Gardens of the Main Line,” and it was developed by the Montgomery County Planning Commission in partnership with the Valley Forge Tourism and Convention Board and Lower Merion Township.

“They’ve come up with safe routes, low-stress streets, low traffic,” Riley said. “So, it’s a different alternative to the trails.”

“This starts at the Cynwyd trail, and it winds its way through Bala Cynwyd, Narberth, Wynnewood, Ardmore and Merion Station using exclusively residential streets,” she explained. “So there’s no major highways and arterial streets are avoided as well.

“You’ll see some of the finest, most beautiful homes in the country, beautiful parks, public gardens. So, it’s really a nice, scenic route.”

Riley said the route — the first of a couple being developed by planners — offers riders options.

“There’s a couple different versions — something you can do maybe with some kids, it might be the eight-mile route,” Riley said. “And there’s also a 13.9-mile route.

“And they’re actually working on an even longer one for some folks who want a little bit more of a challenge, maybe some more experienced cyclists. That’s going to be a more than 22-mile route.”

And, Riley said, if you’re not certain where to go, it’s easy to find the route.

“It lives on our website valleyforge.org and is also accessible on our app, Visit Valley Forge.”