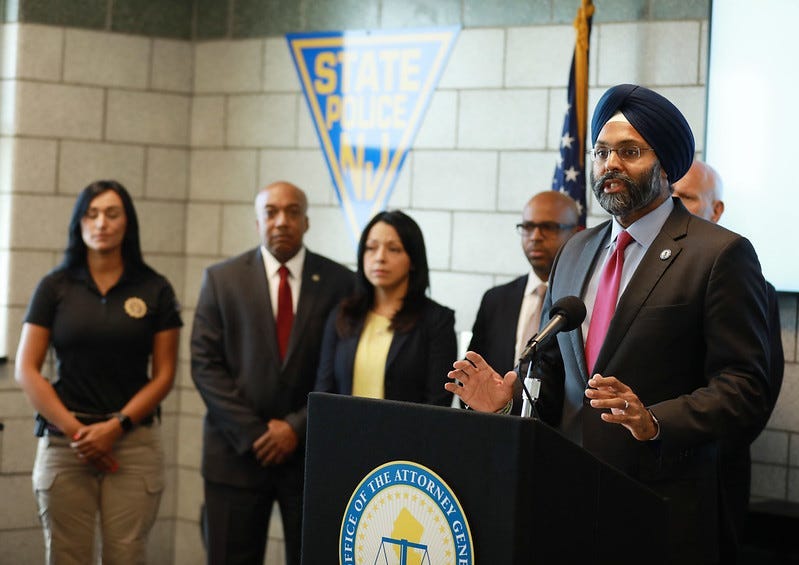 According to Attorney General Gurbir Grewal, the agency used what are known as 287(g) agreements to allow local police to work as ICE agents. His new order reverses those agreements.

"Today's order prohibits local law enforcement agencies from entering into a particular type of federal-state agreement," said Grewal, "an agreement that undermines public safety, by blurring that bright clear line that we drew in this state between our law enforcement officers and ICE."

The order is part of the Immigration Trust Directive, which was originally put into law 10 months ago. At the time the directive was passed, Salem, Cape May, and Monmouth counties already had agreements with ICE in place. The new order will allow those municipalities time to formally end their agreements.

"As a courtesy, we are providing both of those counties with seven days to wind down their operations with ICE," Grewal explained. "We will make ourselves available to assist these two agencies in whatever way they deem necessary as they transition to a model of law enforcement that already exists in this state."

The order has received some pushback from municipal officials. Cape May County Sheriff Robert Nolan expressed his disappointment.

Gerald M. Thornton, director of the Cape May County Board of Freeholders, echoed Nolan's sentiments.

"I can't say I am surprised by the decision by the Attorney General but believe me this is not the end of this story," Thornton said. "We will take this matter all the way to the Supreme Court if necessary."

Grewal says the new order is designed to build trust between law enforcement and New Jersey's immigrant communities. He says the actions of Cape May and Monmouth counties undermined that trust. Grewal's goal is to allow these communities to report crimes to police, and come forward as witnesses to crimes, without the fear of deportation.