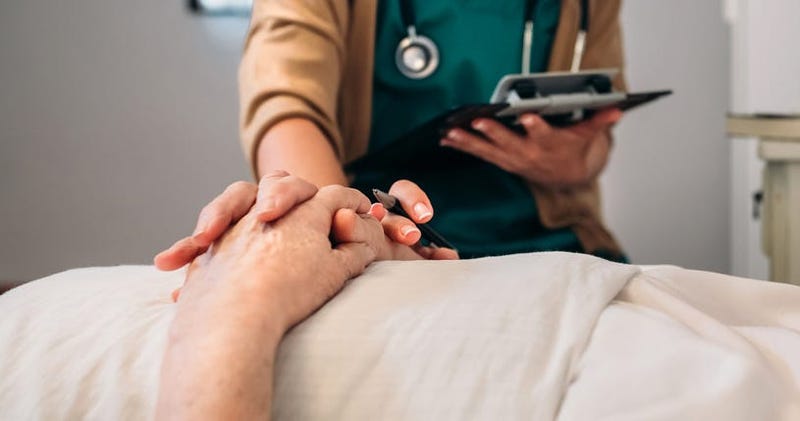 PHILADELPHIA (KYW Newsradio) — It’s been one year since a law went into effect in New Jersey allowing terminally ill people in the state the ability to take their own life with the help of a physician.

The state Health Department issued statistics showing that in its first five months, a dozen patients aged 50 to 93 made use of the law. All but two chose to pass in their own home.

Corrine Carey, leader of the group Compassion and Choices in New Jersey, said just having it in place is a relief to many people.

“Some of our supporters who are living with terminal illness that have been with us in this struggle to get this law approved are now focusing on living the rest of their lives instead of focusing their energies on how they’re going to avoid suffering at the end,” she explained.

New Jersey’s law took years to pass and is considered to be on the restrictive side.

A patient must be of sound mind, given six months or less to live, and must obtain certification from two physicians. The lethal prescription is given to the patient, who has to take it themselves.

Opponents of the idea, which is now in place in nine states and Washington, feared it would be abused in one form or another.

Carey indicated quite the opposite has occurred, at least in those other states.

“Passing laws that authorize medical aid in dying actually spark conversations with people between themselves and their providers about what they fear about death and dying about what their needs are,” she added.

Carey suggested those discussions lead to fewer people opting for a lethal prescription and even fewer actually taking it. She added that over 40 facilities in the state allow their physicians to take part.

A similar measure has been introduced in Pennsylvania, but no action has been taken on it.