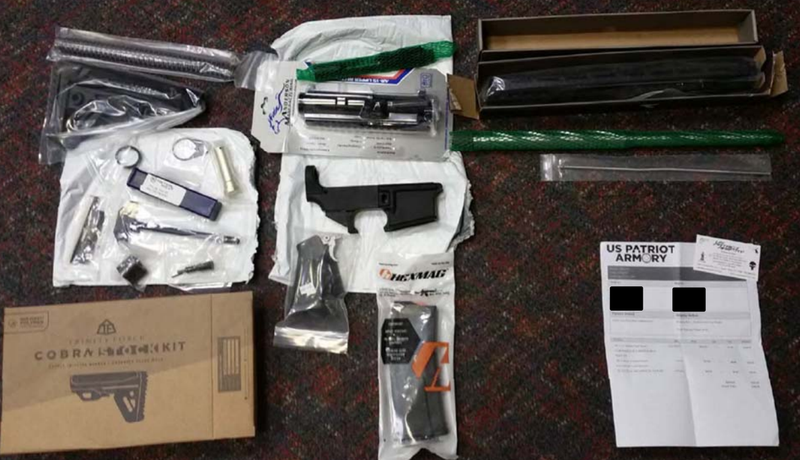 Now, the state is filing a civil suit against a California firm they contend is breaking the law by selling those weapons online.

Gov. Phil Murphy signed a measure in November making it illegal to build or buy a ghost gun in New Jersey. Attorney General Gurbir Grewal alerted manufacturers, and he said most are complying with the law.

But an undercover buyer got one firm to send a kit for an AR-15-style rifle.

“We’re bringing a civil enforcement action against US Patriot Armory, a ghost gun company based in California, for violating New Jersey’s consumer protection laws,” Grewal announced at a news conference Friday in Newark. “We’re seeking the maximum civil penalties available, and we’re seeking an order from the court ordering the company to stop making sales into New Jersey.”

Grewal noted this action is a first for any state in the country. These weapons are virtually untraceable and can be manufactured at home with a 3-D printer.

“No one needs an untraceable weapon, and no one should get a firearm without going through a background check process,” he added.

Here’s the good news: 15 companies have agreed to block ghost gun sales to NJ. Our law and cease-and-desist letters are making NJ residents safer from the threat of untraceable weapons. Now, we urge Congress and other states to close the loopholes that let this industry to grow. pic.twitter.com/icifOg1fb1

The suit, filed in Essex County Superior Court, seeks an order enforcing the ban and requiring the company to put a warning on its website making it clear that purchasing ghost guns in New Jersey is a crime.

Activists in the gun control effort were quick to praise New Jersey for the action. Adam Skaggs, chief counsel and policy director for the Giffords Law Center to Prevent Gun Violence, commented in a press release: “The lawsuit filed today sends a powerful signal that no one is above the law and no company can line its pockets by sacrificing the safety of our families and communities.”

KYW Newsradio reached out to US Patriot Armory for comment on the suit. They have yet to respond.